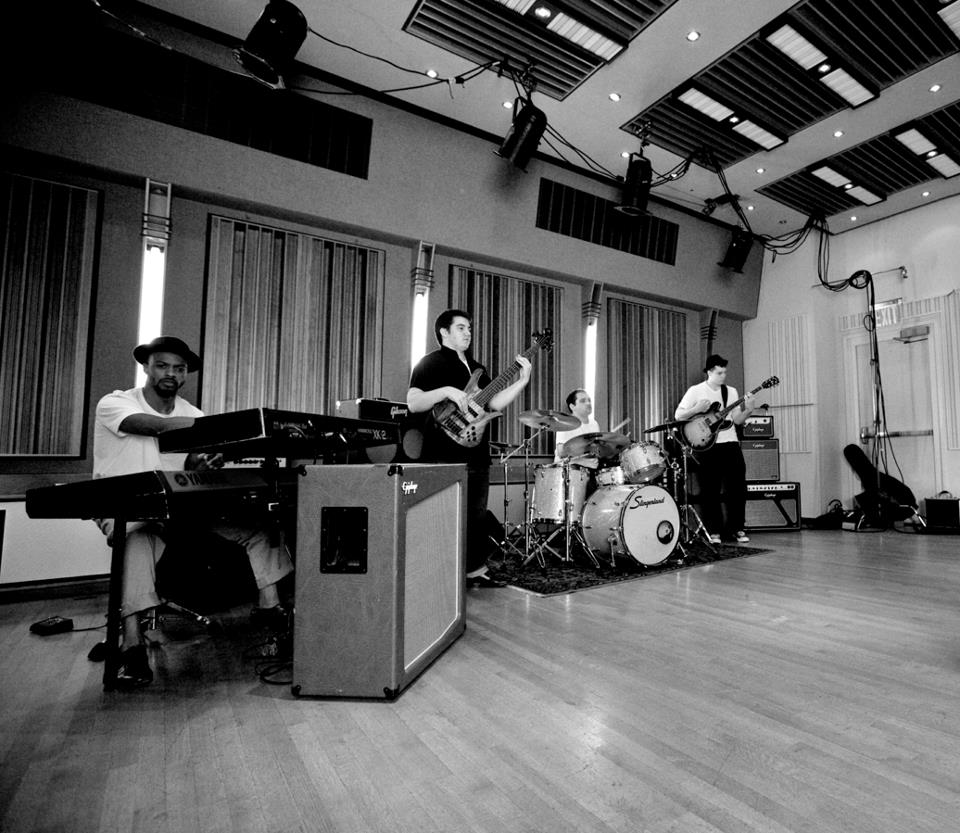 From the hazy atmospherics of “Time’s Up” and soaring riffs of “Program Select” to the urgent rhythms of “Shenanigans” and sprawling melodies of “Where You Are,” Sir Nebula finds TAUK introducing a cosmically inspired element to their music. “The album ended up taking on a more ambient kind of vibe than anything we’ve done before—there’s a spaciness in the songs that lets you get lost in the sound,” says Dolan. And while the album is endlessly hypnotic, TAUK also deliver the dynamic tension-and-release jams that have helped earn them a devoted following while drawing critical acclaim (the Washington Post, for one, praised TAUK for “creating a hard-charging, often melodic fusion that—thanks to a penchant for improv—offers limitless possibilities”).

Throughout Sir Nebula—the follow-up to their 2015 live double album HEADROOM—TAUK allow a more free-form, instinct-guided approach to steer their music into bold new directions. “With this record, we felt more comfortable in the studio and got to a new level where we were able to constantly feed off each other, so there was a lot of spur-of-the-moment improvisation that really helped shape the album,” says Jalbert. Adds Carter: “We made a point of trying to express ourselves freely and take risks even when that felt challenging and scary, instead of holding ourselves back and possibly taking something away from the songs.” At the same time, TAUK sharpened their songwriting to craft more intricately layered arrangements and powerfully intense grooves.

As with their past four releases, TAUK created Sir Nebula in collaboration with Grammy Award-winning producer/mixer/engineer Robert Carranza (The Mars Volta, Ozomatli, Jack Johnson, Taj Mahal). But in a departure from their previous work, the band made the album in one concentrated period rather than spacing the recording sessions out in between tours. Holing up at the Solar Powered Plastic Plant in Los Angeles, often pulling 12-hour workdays, TAUK ultimately found the revamped recording process hugely beneficial. “Everything just happened so naturally this time around,” says Jalbert. “I can’t think of one moment where it felt like anything was forced. We were all just completely focused and in the same mindset, which made it this incredibly fun and smooth experience.”

TAUK’s creative connection traces back to childhood, when longtime friends Dolan, Jalbert, and Carter formed their first band in seventh grade and held practice in their school basement. After playing together in various projects over the years, the trio brought Teel into the fold in 2012, cementing the final lineup. “We gelled pretty quickly as friends and as musicians, and now there’s a connection onstage that’s unspoken,” notes Teel. “You just feel it from the energy within the band and from the response coming from the crowd—all these people in the same exact headspace.”

Since their formation, TAUK have shared stages with an impressive list of bands (including Widespread Panic, Umphrey’s McGee, Lettuce, and Tim Reynolds & TR3), in addition to appearing at festivals like Electric Forest, Bonnaroo, and The Allman Brothers’ Peach Music Festival. That rigorous touring schedule has gone a long way in strengthening their chemistry, according to Carter. “We’re doing 140 shows a year and we pretty much live with each other, so there’s a healthy respect and trust and love happening there,” he says. “We all have a common goal and an understanding that this is something we’re compelled to do, and that’s definitely brought us close together.” It’s also helped TAUK develop a reputation as a masterful live act: “TAUK is unstoppable,” raved Live for Live Music. “If you haven’t see them, dear God, go.”

Now on the road again (with upcoming dates including a two-night stint at the Brooklyn Bowl and spots on the Hangtown Music Festival, North Coast Music Festival, and Catskill Chill Music Festival), TAUK also have plans to widen their output by composing scores for film and television. In the meantime, the band is focused on instilling their live show with the same kinetic energy and boundless passion that powered the making of Sir Nebula. “Growing up together as musicians and collectively going on this journey—that’s what makes this experience really special,” says Jalbert of TAUK’s continued evolution. “It’s like everything we’ve learned over the years has been funneled into this band, and now it’s taking shape in a really exciting way. We all love what we’re doing, and the band just feels like home.”