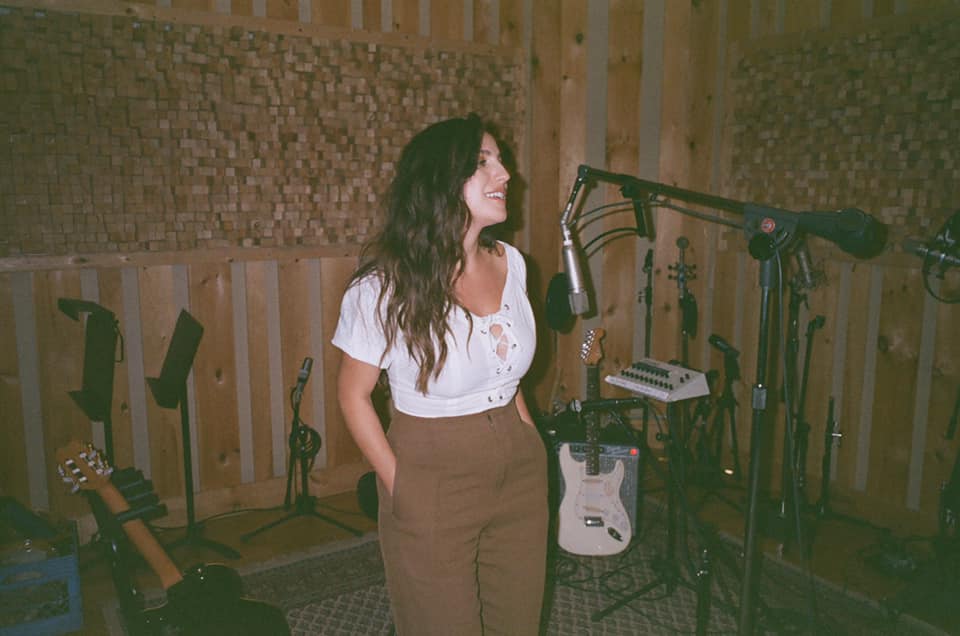 ANGÉLICA RAHE (pronounced “ray”) has a musical journey that spans the globe. In 2018, she toured across the U.S., Europe and Latin America with Columbian-American R&B sensation, Kali Uchis, as her musical director, guitarist and backup vocalist (including a North America run opening for Lana Del Rey). In 2019, Angélica has dedicated herself to writing and self-producing her debut album, REINA, which speaks to her personal journey of reflection, rebirth and self-love. The forthcoming album, recorded across four studios in Brooklyn, features Angélica on vocals and guitar with Cleon Edwards (Erykah Badu, Jill Scott) on drums and Nick Clark (Kanye West, H.E.R.) on bass, whom she will tour with.

Born of a Spanish musician father and theater actress mother, Angélica split her childhood between Spain, Japan and landed in the U.S. as a young teenager, gaining the musical influences of Sade, Jorge Drexler, John Mayer and Erykah Badu along the way. Love, Translated, her debut Spanish-language EP, includes songs self-written and recorded between Los Angeles, Miami, and Austin where she recorded with Grammy Award winner Adrian Quesada (Black Pumas, Grupo Fantasma). While her early singles “Pa’lante”, “Extranjera” and Love, Translated EP, show an impressive range of vocal talent and songwriting abilities, it’s the intimacy and sensuality in REINA (set for release in early 2020) that will have fans likening her to artists ranging from Rosalía to Solange.

The soul-infused hip-hop outfit has become the new face of the storied Dallas neighborhood. Now the band is taking Deep Ellum worldwide.

The musicians that make up Dallas hip-hop group Cure for Paranoia have their own bold energy andpersonal styles which would best be described as aggressively funky, a style that carries through to their music. Between Tomahawk Jonez’s and JayAnalog’s production, Stanley Francisko’s airy vocals, and Cameron McCloud’s brisk lyrical delivery, the band has designed its own brand of “trippy soul-infused hip-hop.”

The group formed when the four guys took a “doomsday road trip.” Following the advice of some conspiracy theorist friends, they packed up and headed to an ideal place to wait out the apocalypse.When an earth-shattering meteor didn’t hit, inspiration did. Having recently been diagnosed with bipolar paranoid schizophrenia, McCloud found clarity in making music with Analog, Jonez, and Francisko. By the time they returned home, the band was born.

Cure for Paranoia quickly made a name for themselves and were awarded Dallas Observer’s Best New Act in 2016 & Best Group Act in 2017. They formed a relationship with Erykah Badu after McCloud was recorded rapping to her backstage of the Bomb Factory, which allowed them to perform at 2 of her most recent, sold out Birthday celebrations. In less than 2 years, the group has been put on festival bills with artists like Run The Jewels, Flying Lotus, Phantogram and Purity Ring. Their diverse music has allowed them to share bills with a wide range of artists such as Ludacris, 21 Savage, Lil Yachty, George Clinton & Parliament Funkadelik and tour with Bone Thugs -n- Harmony

Camera Cult
[indie | synth | electronic]
Feels Like: Chromeo, Neon Indian, New Order
“Indie synth-pop that’ll make even the too-cool-for-school crowd shake it.”
When glancing at these young men’s fresh faces, you might not anticipate how smooth they are. However, the trio has managed to tether together an interesting sound that oozes the dance vibes of Chromeo, the self-assuring funk of James Brown and the poppy synth compositions from all of your favorite John Hughes soundtracks.
-Alyssa Dupree
Houston Press