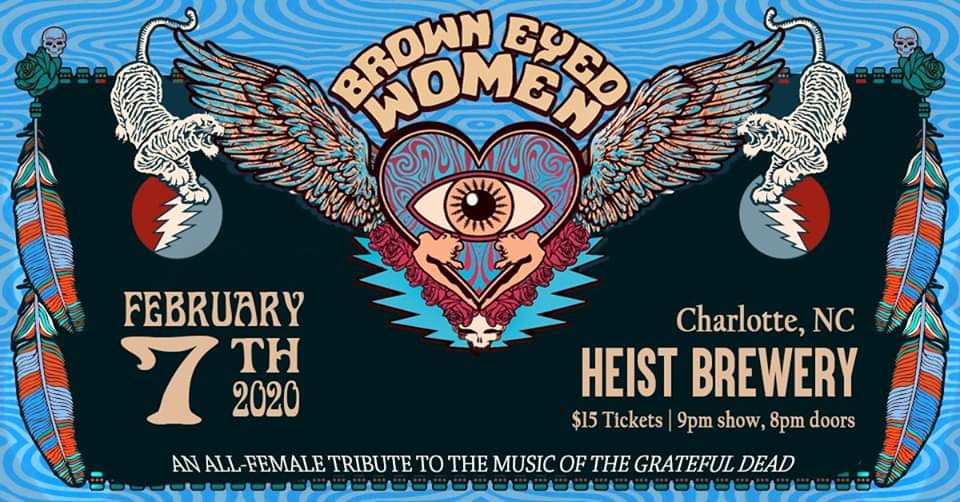 Brown Eyed Women is a collection of talented female musicians from around the country, all powerhouse players who currently perform in well-respected Grateful Dead tribute bands.
Members hail from Florida, Georgia, Massachusetts, New Jersey, New York and Pennsylvania. They were drawn together because they all bring a high caliber of musicianship as well as a shared love of The Grateful Dead. This compelling ensemble recognizes the need to be different in a space with many acknowledgements to The Grateful Dead. BEW brings soulful new dynamics to the familiar catalog as they pursue a unique take on the music.