Tickets on sale Thursday 10am: http://bit.ly/DesertRabDTX

~ Desert Dwellers ~
Desert Dwellers consists of Amani Friend and Treavor Moontribe, who began their careers as independent music producers and DJs in the deserts of New Mexico and California. Coming together in the late ’90s after connecting through the legendary Moontribe scene, today the duo enjoys a reputation as one of the most pioneering and prolific downtempo, psy-bass, and tribal trance acts in the United States. Taking a new approach to digital production, Amani and Treavor have combined the raw sounds of the natural world while skillfully blended deep bass, earthy percussion, etheric voices and cross-cultural instrumentation into sonic incense for the mind and body. Bringing the electronic music vibe to the yoga scene, and the sounds of yoga to the electronic dance scene, Desert Dwellers’ global sounds are the bridge between the worlds of dance and movement.

~ Random Rab ~
Emerging from his own distinct corner of the West Coast electronic music scene, Random Rab offers a powerful and unique contribution to sonic exploration. Often referred to as “The Master of Emotion” his music is patently beautiful and melodic. With diverse influences ranging from trip‐hop, classical and Arabic to bass driven compositions, his songs are considered anthemic and timeless. As a multiinstrumentalist and singer, his tracks are organic, uplifting and stand on their own as a distinct genre. Listeners of all types of music can find something they can relate to in his sound. 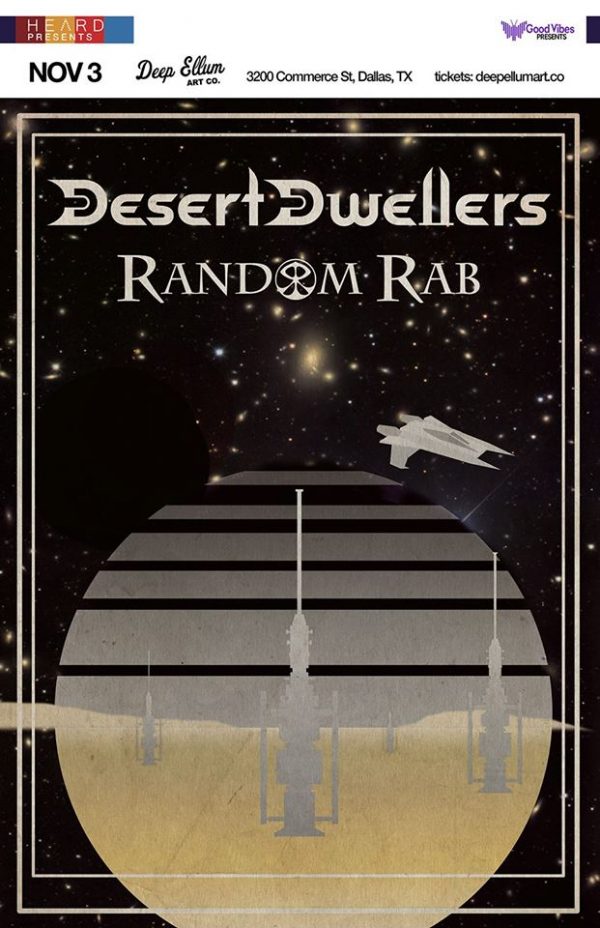