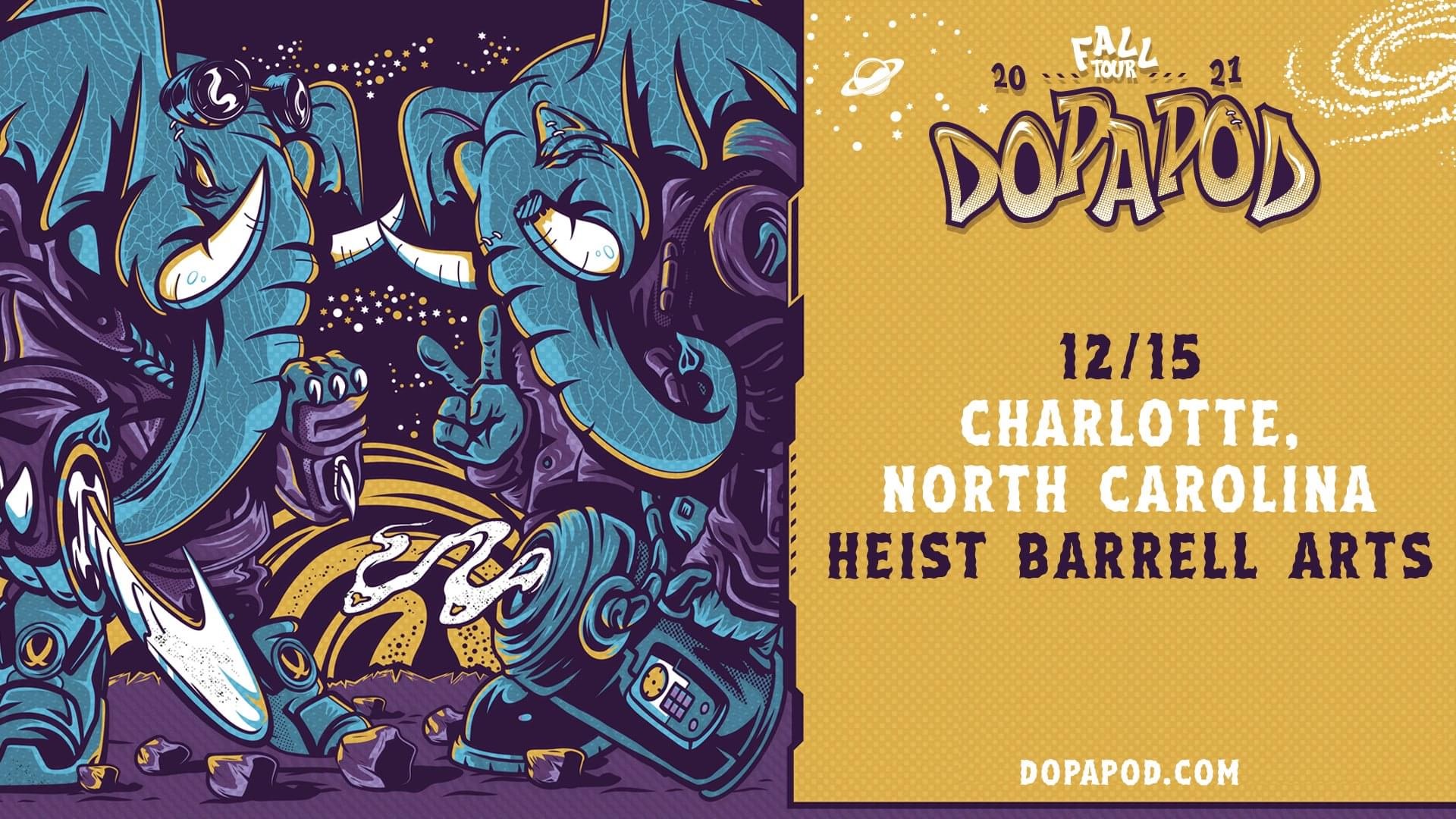 Symmetry defines Dopapod. The band and each of its seven albums sports a palindromic name, meaning it can be read the same forward as backward. More than that, balance has become the band’s modus operandi, with the group consciously juggling the darker tones of heavy rock with lighthearted humor; synthesizing tastes of funk, jazz, bluegrass, electronica, and more within their complex improvisational compositions. During live shows, Dopapod is known for taking fans on a full-out journey, guiding attendees through periods of frenzied dance contrasted with moments of thoughtful contemplation.
Since forming at Berklee College Of Music in 2007, Dopapod—composed of Eli Winderman (keys and vocals), Rob Compa (guitar and vocals), Chuck Jones (bass), and Neal “Fro” Evans (drums)—has racked up an enviable list of accomplishments: a flourishing fanbase across the country, yearly show counts tallying into the hundreds, and high-profile appearances at festivals like Bonnaroo, Electric Forest, Summer Camp, High Sierra, and more. Most recently, in fall of 2017, the group released Megagem, the band’s fifth studio album, which Glide Magazine called “simultaneously their most focused and thematically ambitious affair to date.”
After a successful decade together, Dopapod went on a planned hiatus in 2018 with the goal of restoring balance to the band. Explained Eli Winderman, “We have a fresh perspective on the whole thing—a different outlook on the band and on life. There’s a lot of renewed energy we’re feeling around it all.”
Energetically, the space allowed each member to rekindle their passion for the project and bring their long-standing friendships with one another back to the forefront. With this time gifted to themselves, the group has also intentionally reflected on their music, working together to breathe new life into old songs and revitalize live performances.
“We’re excited to come back and play these songs together again, to see if they can take on a new life,” Chuck Jones added. “After this year off, we’re not just going to be playing the same songs the same way we were five years ago.”