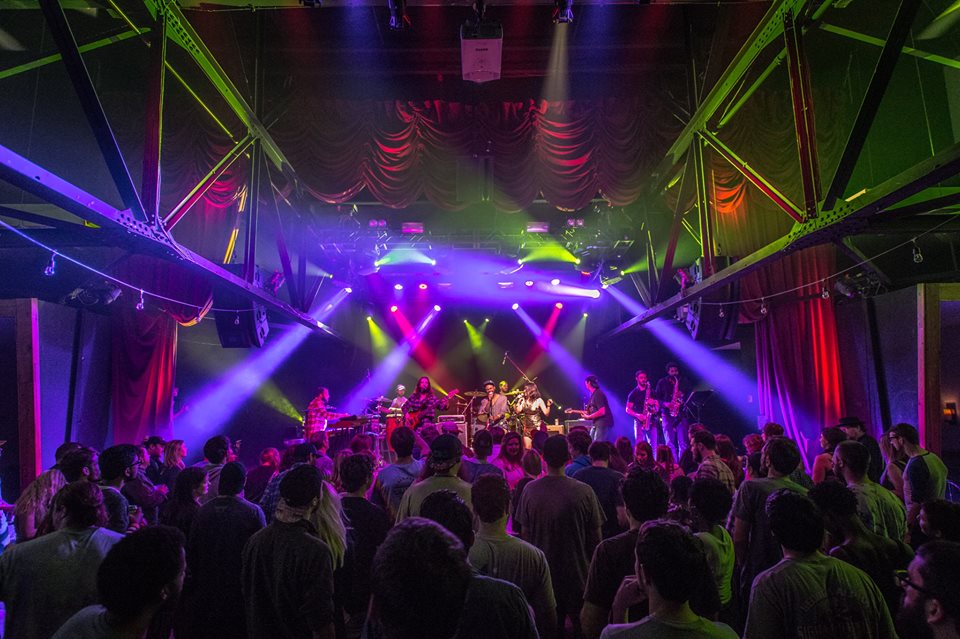 By colliding Funk, Jam, Rock, Fusion, and Prog into one uniform sound, these guys will keep your jaw dropped and your feet moving without stopping. Their songs combine lush ambiance, catchy vocals, and intense shredding simultaneously into a unique well defined sound.

Groovement sounds like a Led Zeppelin collided into a Soul Train in front of the Saint Motel; more easily described as: high-energy funk-rock. Their catchy melodies, big harmonies, tasteful solos, and funky grooves easily create songs you can dance to. Deitra Magazine describes Groovement’s music as “a surprising find of funky original tunes that got the crowd boogying out of their seats, as well as some unique renditions of unexpected covers.”