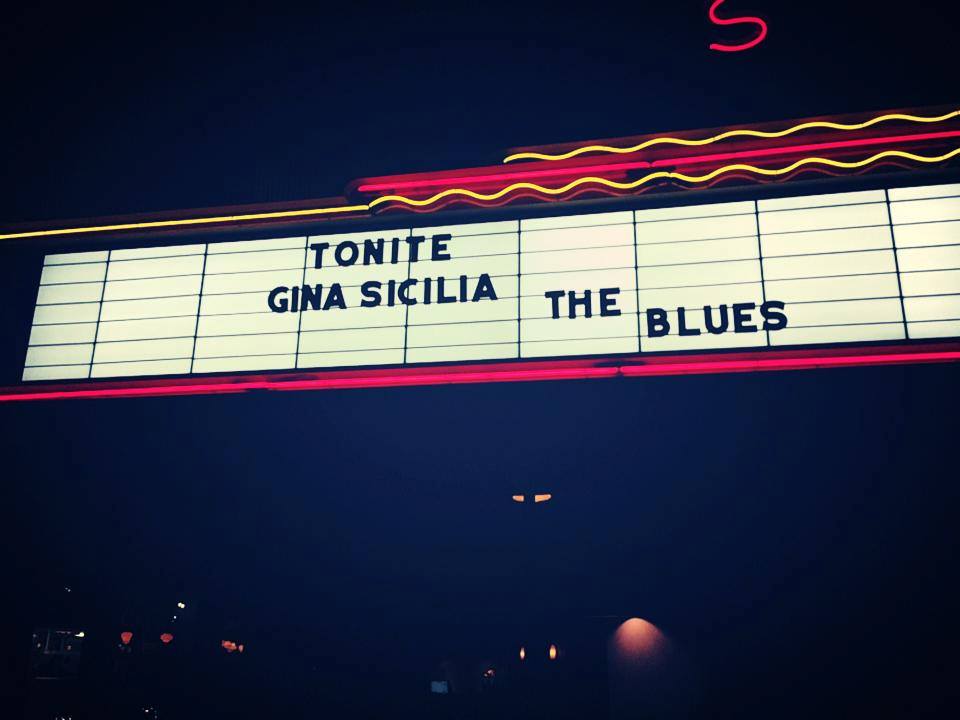 Dynamic vocalist and live performer Gina Sicilia’s new album, Tug of War, celebrates her status as one of the reigning voices in modern blues and marks a potent evolution in her songwriting. The 11-song set is Sicilia’s seventh release since her emergence as a doyenne of the genre a decade ago. Today, Sicilia’s experience and the fully realized powers of her warm, flexible, emotionally nuanced singing resonate like never before.

Tug of War’s title alludes to the complexities of life, which ring throughout this album’s original tracks, mostly written by Sicilia. And it speaks of her own experiences. “I’ve been through a lot in the past three years,” she relates. “I suffered through a painful and dramatic event in my life and needed to start over, so I moved to Nashville—where I didn’t know anybody, and went into a period of really challenging myself as a songwriter.”

That desire to raise the bar on her own artistry was an important part of Sicilia’s decision to relocate from her native Philadelphia to Nashville. “Becoming part of a community that includes some of the best songwriters and musicians in the world has been inspiring,” she explains. “On any night of the week, you can hear amazing performances and great songs that sound so truthful and deep. I took that inspiration to heart.

“Being exposed to that, and having dealt with the deep sadness that I felt, I decided that I needed to push myself to be more open, personal and vulnerable in my writing. Even if it hurts. And you can hear that on Tug of War.”

“Damaging Me” bares all of the emotions Sicilia experienced—detailing the toll on her “bruised, battered and scarred” heart over an infectioussnare beat, with a sweet-toned guitar break that leads toward a brighter future as she’s “picking all my pieces off the floor.” “I Don’t Want to Be in Love” plays like a sequel to “Damaging Me” as it plumbs the worry of feeling the tug of love again after suffering heartbreak, and takes the album closer to Memphis with its Hi Records and Stax inspired arrangement. Sicilia co-wrote the song with Dave Darling, who produced fellow Blue Elan blues artist Janiva Magness’ 2016 Grammy-nominated Love Wins Again.

Darling plays guitar and produced that tune as well as a soul-soaked take on the Beatles “All My Loving,” where Sicilia’s voice and Darling’s tremolo’d six-string perform a delicate pas de deux—accomplishing the rare feat of bringing something wholly original to a familiar classic. The majority of the album was produced by multiple Grammy winner Glenn Barratt, who also helmed Sicilia’s 2013 release, It Wasn’t Real. Barratt produced the five tracks on last year’s Sunset Avenue, a teaser for Tug of War whose songs also appear on the new album.

“Dave and Glenn are both magnificent to work with,” Sicilia relates. “They are dedicated to keeping the sessions fun while respecting the songs and getting timeless sounds on tape. I loved every minute of making this album with them.”

Another timeless element of Tug of War is its strong base in blues, the genre that Sicilia has pursued with limitless passion since her bold, dark-honey voice made her a sensation singing in jams at Warmdaddy’s, a Philadelphia jazz and blues club, when she was just 19. “The blues is the starting point for everything to me,” she says. “Not only because my early heroes Etta James, Otis Redding, Aretha Franklin and Bobby Bland come from that style, but because it’s the basis of most forms of American music—even today.

“Soul music, one of the deepest avenues of blues, is a direction I wanted to pursue more with this album,” Sicilia says. “It seemed right for the more personal songs I was writing.” She also revisits several soul classics, including the percolating “He Called Me Baby,” which was previously recorded by Patsy Cline and, closer to the stylistic bone, by Candi Staton at Muscle Shoals’ FAME Studios in 1971.

Yet another number, the addictively upbeat early-’60s classic “Tell Him,” by songwriter Bert Berns, is an echo from the days of the Great American Songbook. Sicilia’s performance is a nod to one of her mentors, the Philadelphia-based composer and musician Russell Faith. Faith wrote songs for Sinatra and other interpreters of the Songbook, including Nat “King” Cole and Sarah Vaughan. “He encouraged me to sing and, really, it took his death in 2004 to inspire me to get up on the stage at Warmdaddy’s for the first time,” she explains.

“Tell Him” is also part of her earliest musical roots. Sicilia began to sing when she was only two years old, and wrote her first song at age 12. “When I was a very little girl,” she notes, “I sang “Tell Him” in the bathtub.”

Although Sicilia had planned a career in journalism, her natural gifts made music a stronger draw. While she was still in college, her 2007 debut, Allow Me to Confess, was released. After that, things happened fast. She was signed by one of the nation’s premier roots music booking agencies just one week later and began to tour the globe, play major festivals and rise up the blues charts. The album garnered her first Blues Music Award nomination, for Best Debut Artist.

Since then Sicilia has remained in the upper echelon of female blues vocalists, regularly releasing albums that earn accolades and ride the charts, and playing 150 dates each year. Asked about her passion for making music and her tireless pace, Sicilia replies: “Working—writing songs, touring, recording—motivates me. That keeps me inspired and focused. I’ve learned that hard work and experience are what it takes to grow and become a better artist. And I see myself as always evolving, reaching for a kind of perfection within the music I love to make. I’m not sure I’ll ever find it, but I’ll never stop searching.”