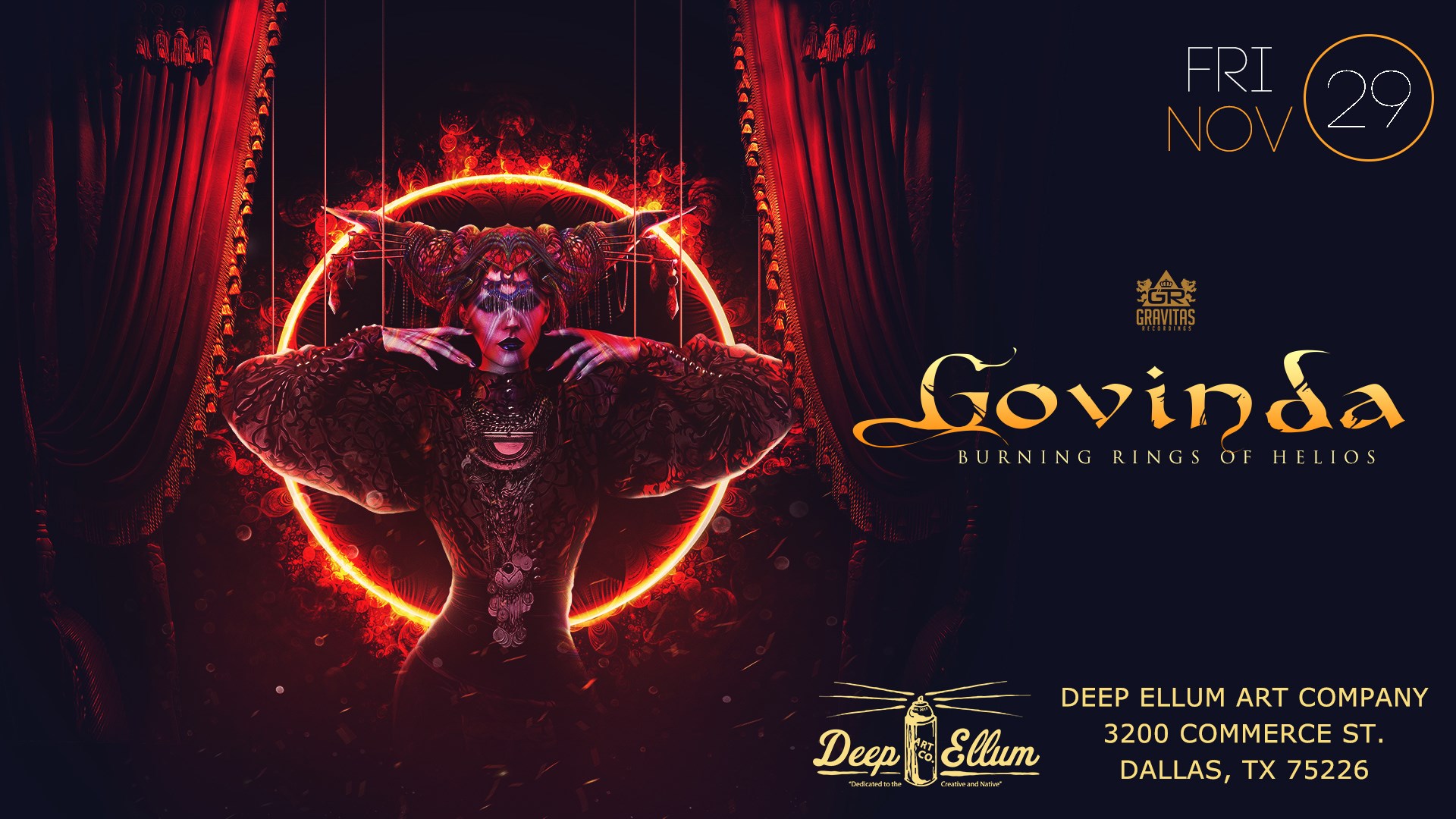 Govinda and Friends at Deep Ellum Art Company on Friday, 11/29

Govinda Music – Austin, TX
[world bass | electronic | dubtronica]
Govinda is the alter-ego of producer/composer Shane Madden. He began studying violin and composition at the age of eight and went on to study classical violin at the University of Texas where he fell in love with electronic music production. It was in Madden’s pursuit of his gypsy roots that opened his ears to music from around the world. From experiences learning violin with mysterious masters on his journeys across the globe and his passion for modern design and technology, the current sound of Govinda was born.

Govinda has played with Thievery Corporation, Tipper, Bassnectar, Shpongle, Cheb I Sabbah, STS9 and many more and been featured on over 25 compilations such as Buddha Bar II, Asian Travels II, and Nirvana Lounge selling a combined 400,000 copies. Govinda has played at numerous festivals throughout North America including Coachella, Lightning in a Bottle, Sea of Dreams, SXSW and more. Govinda’s music has been on TV including stations like WB, MTV and Bravo as well as many independent films.

The Govinda live show immerses the audience with a textured atmosphere of exotic bass vibrations interwoven with cosmic visual projections, world class dancers and mesmerizing vocals- all to the magic of his live electronics and violin