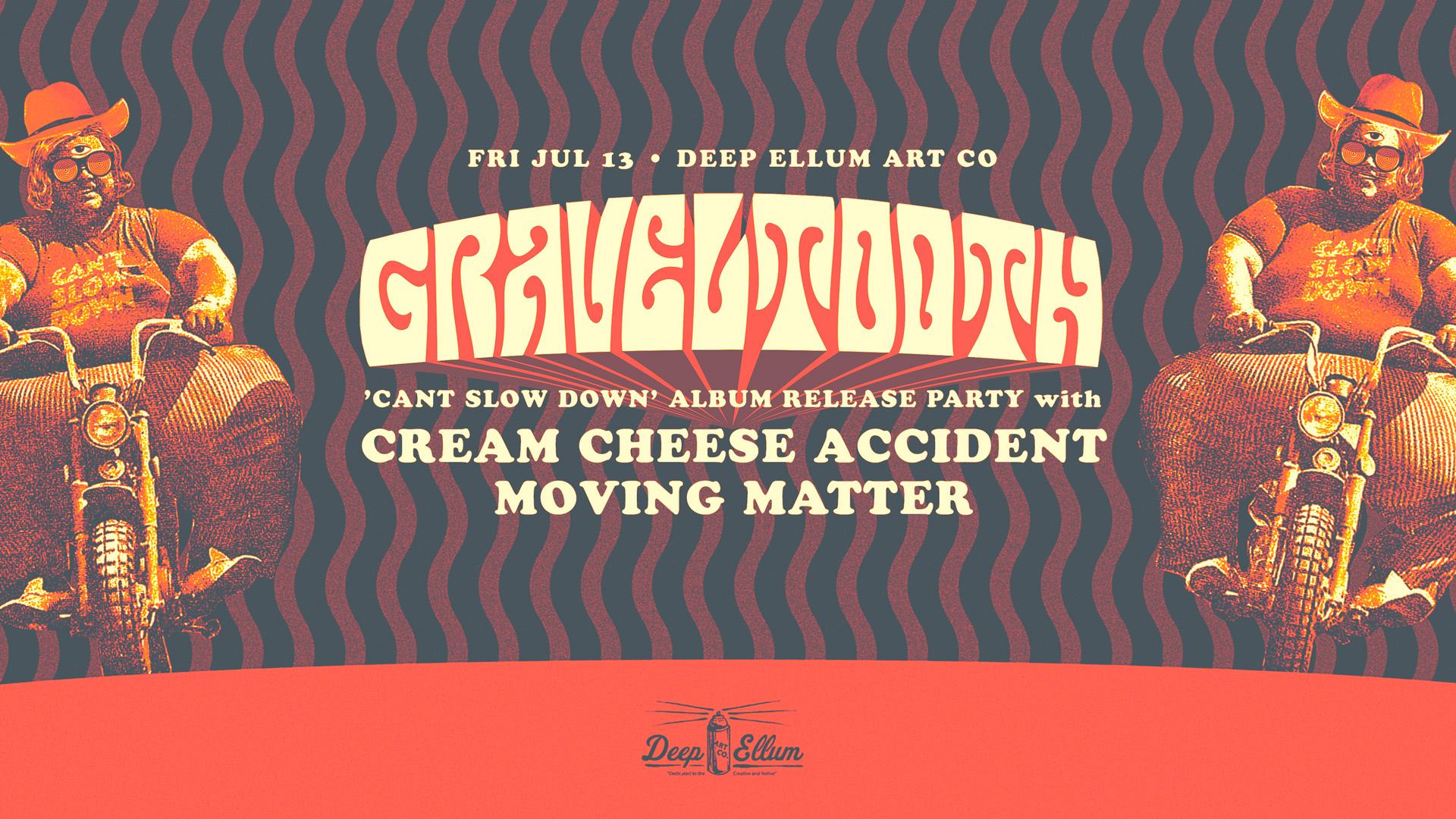 Graveltooth – Album Release Party (10:15pm Inside)
[ rock / psych / funk ]
With their debut full-length album Can’t Slow Down, Graveltooth managed to capture lightning in a bottle as they balanced their talent as songwriters alongside the instrumental prowess and rock and roll attitude that has made them such an explosive live act. Chris “Frenchie” Smith, the Austin-based producer known for his work with acts like Built to Spill, The Toadies, Meat Puppets and a slew of local favorites, was the perfect pick to help Graveltooth harness their energy in the studio.

PARKING:
Street parking available on Commerce (front) & Murray (side). Lot parking is available on Canton (back) across the street in the Equipment and Maintenance Services building after 6pm. We do not recommend parking in the business lot on Murray.
All Ages