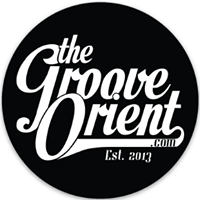 The Groove Orient (TGO) is a high-powered, no-holds-barred, rock ‘n’ roll act based out of Orlando, FL. This five member group boasts a musical versatility and originality that many followers describe as ‘Florida rock.’ TGO has drawn attention from both local and national listeners, as they earned the title of Orlando Weekly’s best experimental band of 2014, as well as a feature in Relix Magazine’s 40th Anniversary issue.

TGO recently followed up their breakout EP Welcome to the Show, with the much anticipated release of their second EP Generation Y, at the House of Blues Orlando. Along with the House of Blues, TGO has also performed at the Florida Music Festival, Earthday Birthday, the Florida Citrus Bowl and the Suwannee Music Park, with numerous local and national festivals to come.