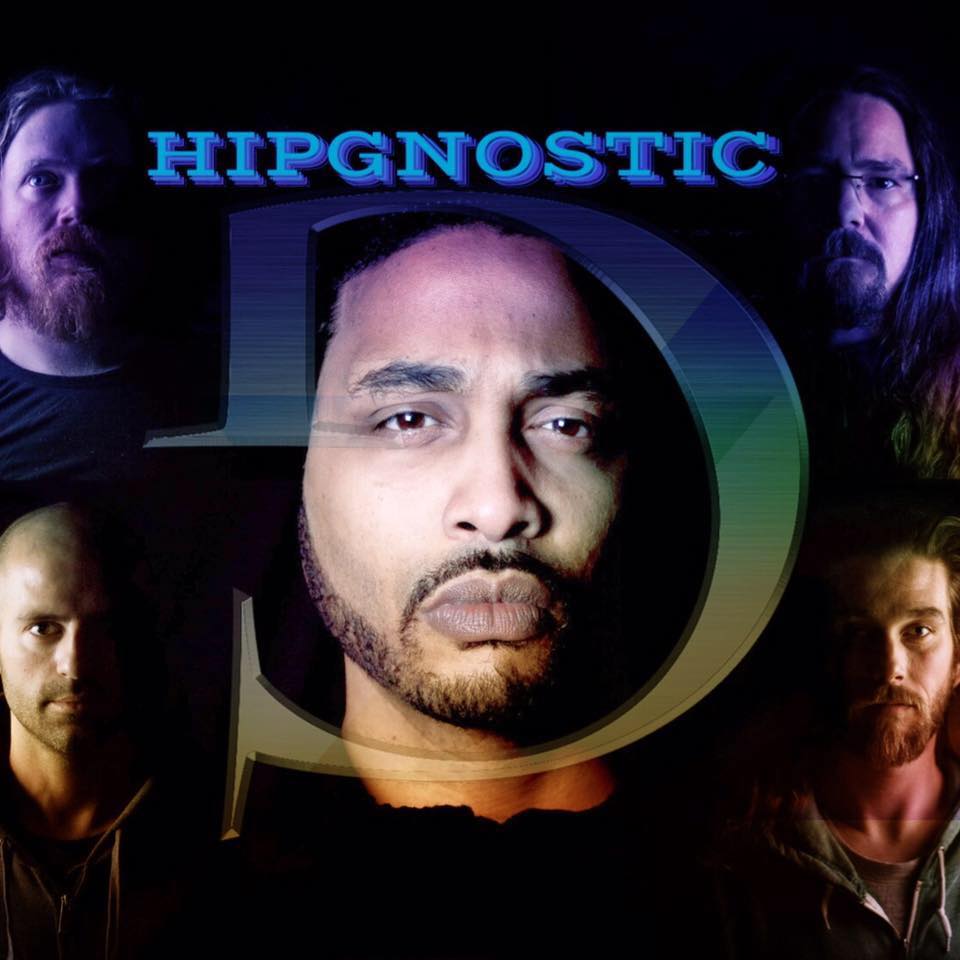 HIPGNOSTIC is a live hip-hop band from Charlotte, NC. Driven by powerful lyrics and creative instrumentation, HIPGNOSTIC is inspired to be fresh and delicious. The result is a fusion of hip-hop, psychedelic funk, and melodic rock.
BearCat Kringle, whose lyrical content ranges from straightforward to metaphorically obscure, has teamed up with familiar partners to produce creative compositions with a unique sonic palette. The players are Boss Jones on guitar and vocals, Joni Flynn on keyboards and vocals, Jacob Gresham on drums, and Jason Pentecost on bass. A shared vision inspires each musician to challenge himself to keep the work hypnotic and original.
The members of HIPGNOSTIC have played together since 2005 in varying incarnations and in front of thousands of people, from headlining sold-out club shows to sharing bills at numerous festivals up and down the East Coast. They are currently in the studio recording their newly hatched ideas for an EP to be released in early 2017.
As this reincarnated hip-hop machine again embarks on a mission to deliver a fresh take on new ideas, HIPGNOSTIC eagerly awaits the opportunity to drop an earworm into your head.