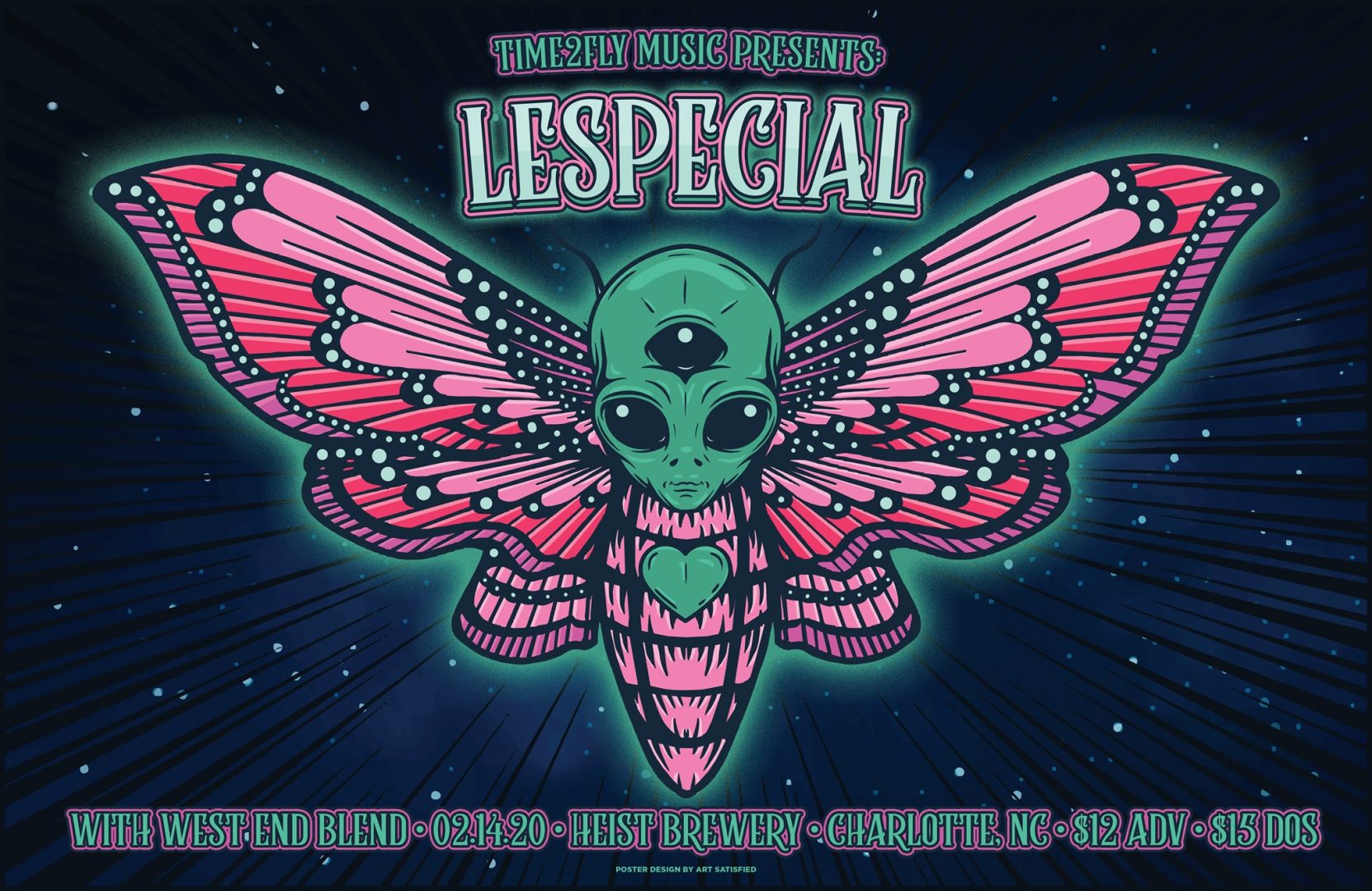 Since their conception, CT-based Funk/Soul band West End Blend has been playing their version of Funk and Soul in venues all over the Northeast and beyond. Fronted by vocalist Erica T. Bryan, the band pays homage to classic throwback sounds while adding their own distinct vibe and flair. Behind her, the Blend packs two guitars, a two-piece horn section, bass, keyboards and drums onto stages every night. From humble beginnings in an epic and sweaty basement dance party, The Blend’s goal has always been to bring that same atmosphere to their shows ever since.

lespecial carve their own sonic path in modern music, creating their signature blend of “heavy future groove”. The power trio’s fresh synthesis of varied and divergent influences doesn’t underestimate the listener, reflecting a post-modern cultural climate in which fans have space on their aural palette for J Dilla, Radiohead, King Crimson and Fela Kuti. Veering from hip-hop to metal, prog to house, pensive indie-rock to apocalyptic dub, leaving room for head banging and hip swaying alike, while still presenting a unified sound and vision.