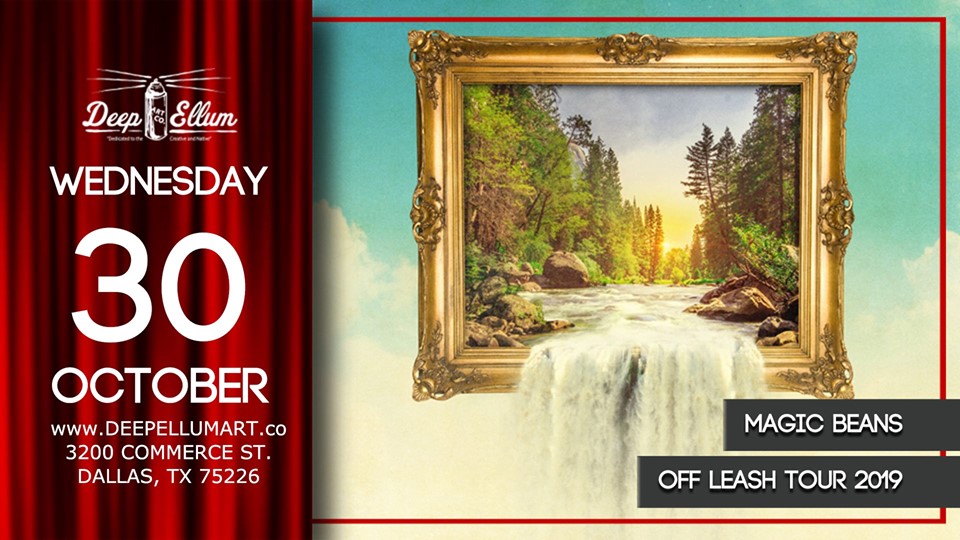 Magic Beans have steadily built upon their national notoriety in a short period of time with a distinguishable sound that is uniquely their own. Hailing from Denver, the band’s combo of funk/soul/rock has quickly set themselves apart from the pack as one of the state’s premier acts. The Beans made their Red Rocks debut in April of 2019, prior to releasing their new album, Off Leash, on June 21st, 2019.

The new album, “Off Leash”, is a testament to the group shedding the restraints of genre based music in favor of embracing different elements found across the musical realm. It was also an exercise in pushing the band’s sound forward, building upon the last release as opposed to simply recreating the sound. Magic Beans use analog and vintage instrumentation to get a style that is both familiar but original. A B3 Organ here, a Wah guitar there – Vintage Synthesizers, and 808 drums (to name a few) make the music reminiscent of your favorite songs, while still sounding fresh. The Beans make music that moves your mind and body, with something for everyone from the audiophiles to the everyday music fan.