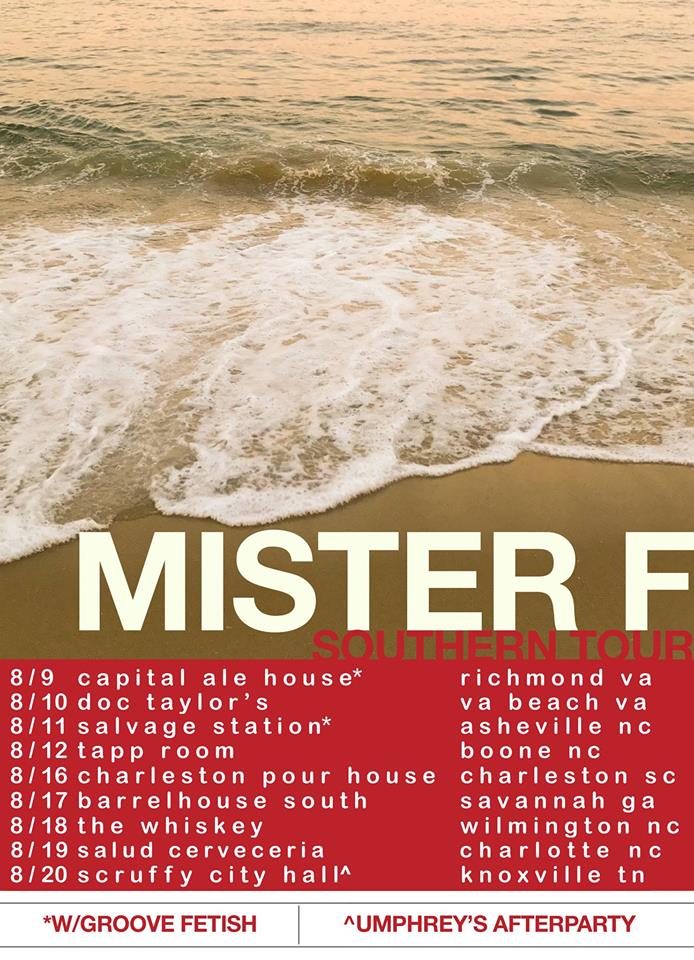 Formed in 2013 from members of Northeast regional acts Timbre Coup and Capital Zen, Mister F are an eclectic, high-energy 4-piece band that takes a no-holds-barred approach to blending genres while keeping your feet moving. Describing their sound as “neat and clean, hard and dangerous”, Mister F‘s calculated yet danceable fusion-fueled sound provides something for both musicians and listeners alike. Having performed at festivals such as The Hudson Project, Catskill Chill, Disc Jam, The Werk Out, Luna Light and Resonance, as well as with their previous bands at Mountain Jam, moe.down, Summer Camp, Camp Bisco, and snoe.down, the members of Mister F are no strangers to the music community. Members of Mister F have been invited to perform onstage with Umphrey’s McGee, Twiddle, Dopapod, Particle, Robert Randolph and the Family Band, The Werks, Consider the Source, and many more. They brought their show to the road soon after their 2013 debut, reaching cities as far as Telluride, CO and Atlanta, GA within just a few short years.

“Mister F…a dynamic quartet that broaches all aspects of organized music. Rooted in funk traditions, Mister F‘s members are no strangers to unique compositions and sonic explorations, though it’s done with a tightness that keeps listeners dancing throughout their performances.”
-Live For Live Music