Please join us in welcoming the five-piece jam and alternative rock outfit hailing from Nashville, Moon Taxi to the historic Granada Theater LIVE on Thursday, September 21st! Joining them are Austin, Texas locals Los Coast, who will kick off the night.

Tickets go on sale 7/28 at 10a! Get a pair or two for you and all your indie rock fan friends.

The five-piece band hailing from Nashville has released three albums: Cabaret (2012), Mountains Beaches Cities (2013) and Daybreaker (2015). They have appeared on Late Show with David Letterman, Late Night with Seth Meyers and Conan. Their music has also been featured in multiple commercial and TV placements, including BMW, Nashville, MLB, NFL and HBO Sports to name a few. A festival favorite, the band has performed at Bonnaroo, Coachella, Governor’s Ball, Hangout Festival, Lollapalooza, Austin City Limits, Outside Lands and more. Daybreaker was recorded at Blackbird Studios in Nashville and produced by Jacquire King (Kings Of Leon, Modest Mouse, Tom Waits, James Bay). Fans can expect a new release from Moon Taxi in early 2017 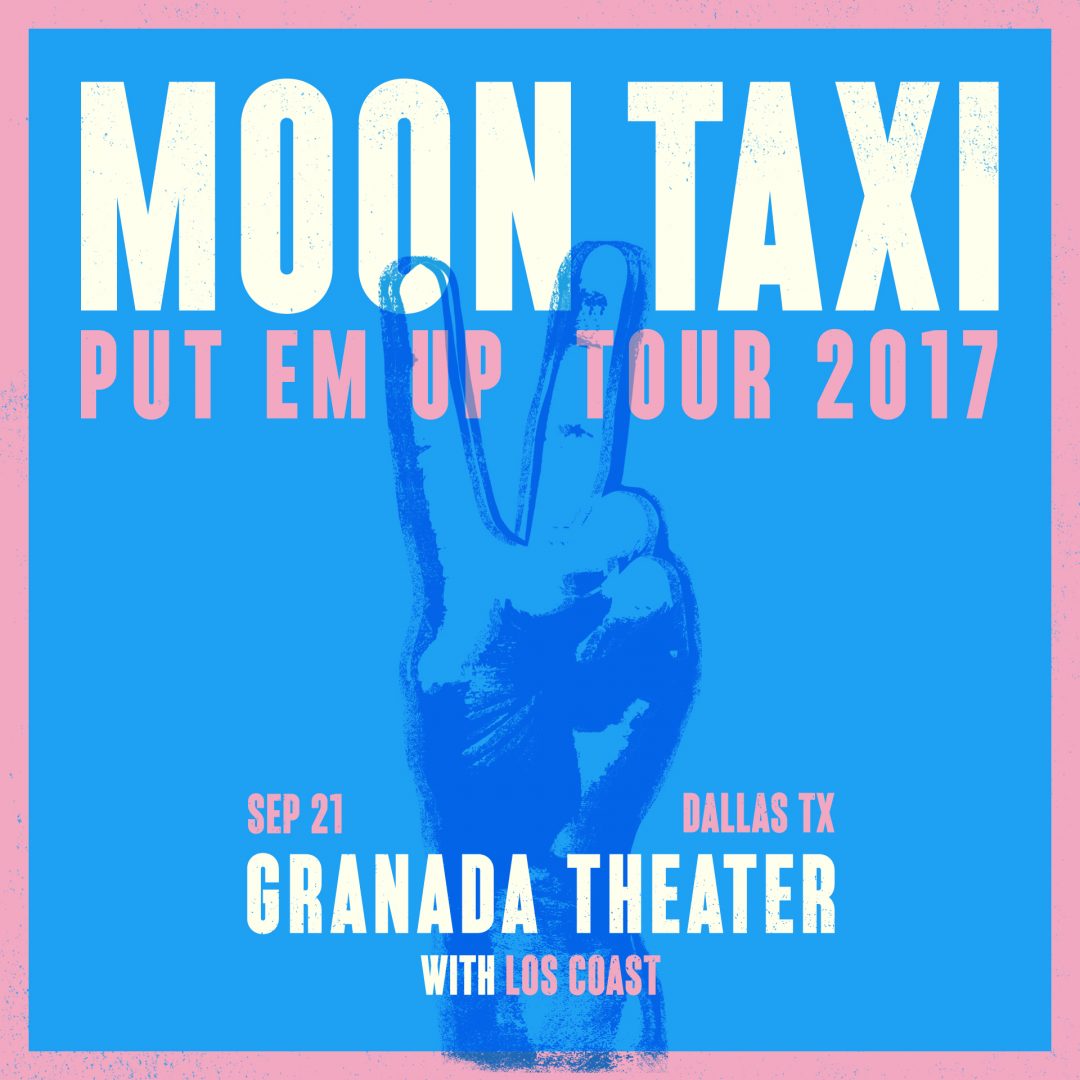