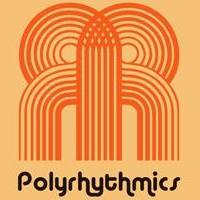 Polyrhythmics & Groove 8 at The Rabbit Hole

Creating vivid instrumental imagery using complex rhythms and a unique precision that redefines the term “funk” for 21st Century audiences the 8 piece Polyrhythmics are proving to be one of Seattle’s finest exports.

With the recent release of Octagon, the band begins another chapter to the story that began just 5 years ago as they continue to grow with a singular sonic muse of progressive and dynamic stature.

Groove 8 began in Charlotte NC in 2005 with a collection of the city’s best independent jazz musicians collaborating to form the project. the band began performing locally and expanded regionally. Groove 8 focused its sights on the college music scene and released its first album under the name RARE B-SIDE GROOVES in 2007 – a loose collection of original instrumentals popular with its fans. That was followed by DEBUT which became the band’s first full length album and was recorded and produced by Groove 8 and Alan Evans (Drummer for Soulive) at his Play On Brother Studio In Massachusetts. In 2012 Groove 8 released CURIOUS POSES which included two vocal tracks for the first time. Most recently the band released for free download a collection of its hits from all three albums entitled REFLECTIONS OF SOUl: THE MIXTAPE SINGLES 2005-2012 this past February.