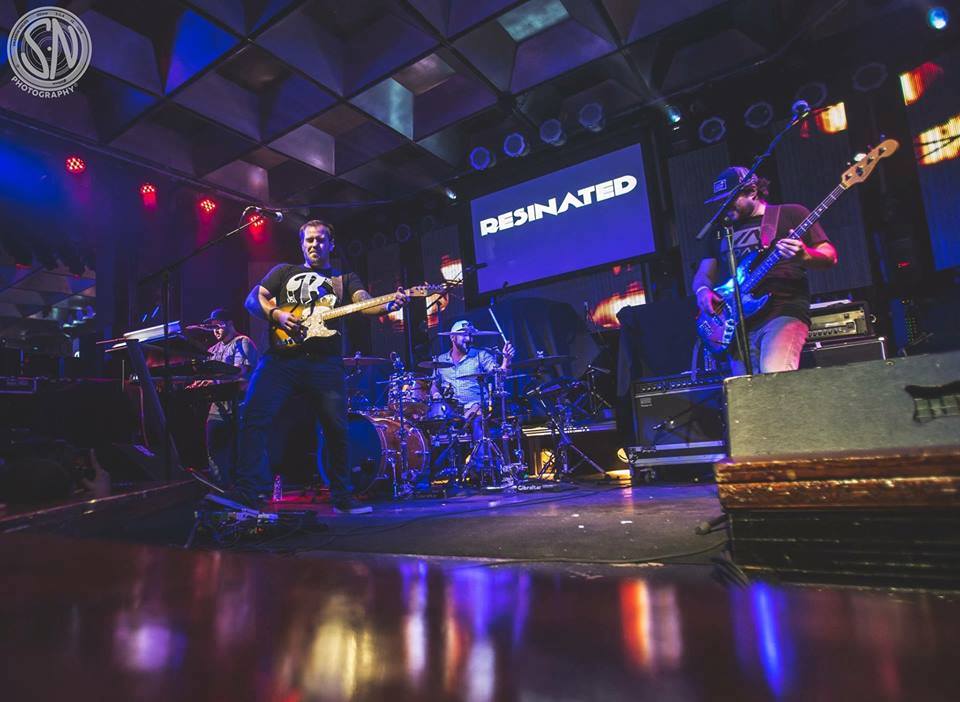 Resinated is a band from St. Petersburg, Fl. The quartet is a 4 piece pop act w/ reggae and funk influences. The guys known each other for over 10 years. They grew up on the beaches from Madeira to IRB. Kenny Mullins is a singer-songwriter from Madeira Beach, Florida and pursued Resinated as an acoustic act until reuniting w/ high school music friends and skim boarders, John Gray (Bass/Vocals) and Josh Hasak (Percussion). Singer-songwriter and high school friend, Jeff Applefield(Keys/Vocals) joined on keys and back-up vocals.

St. Pete has become a home for Resinated and they have gained radio, festival and social media exposure, building a large fanbase of “Resinators”.
Resinated visits a group of genres including pop, soul, funk, reggae, alternative and jam.

Resinated has put their stamp on the East and West coast markets over the past 3 years. Have toured w/ Ballyhoo!, Collie Buddz, The Wailers and a lot of similar acts in the reggae/rock/roots genre.