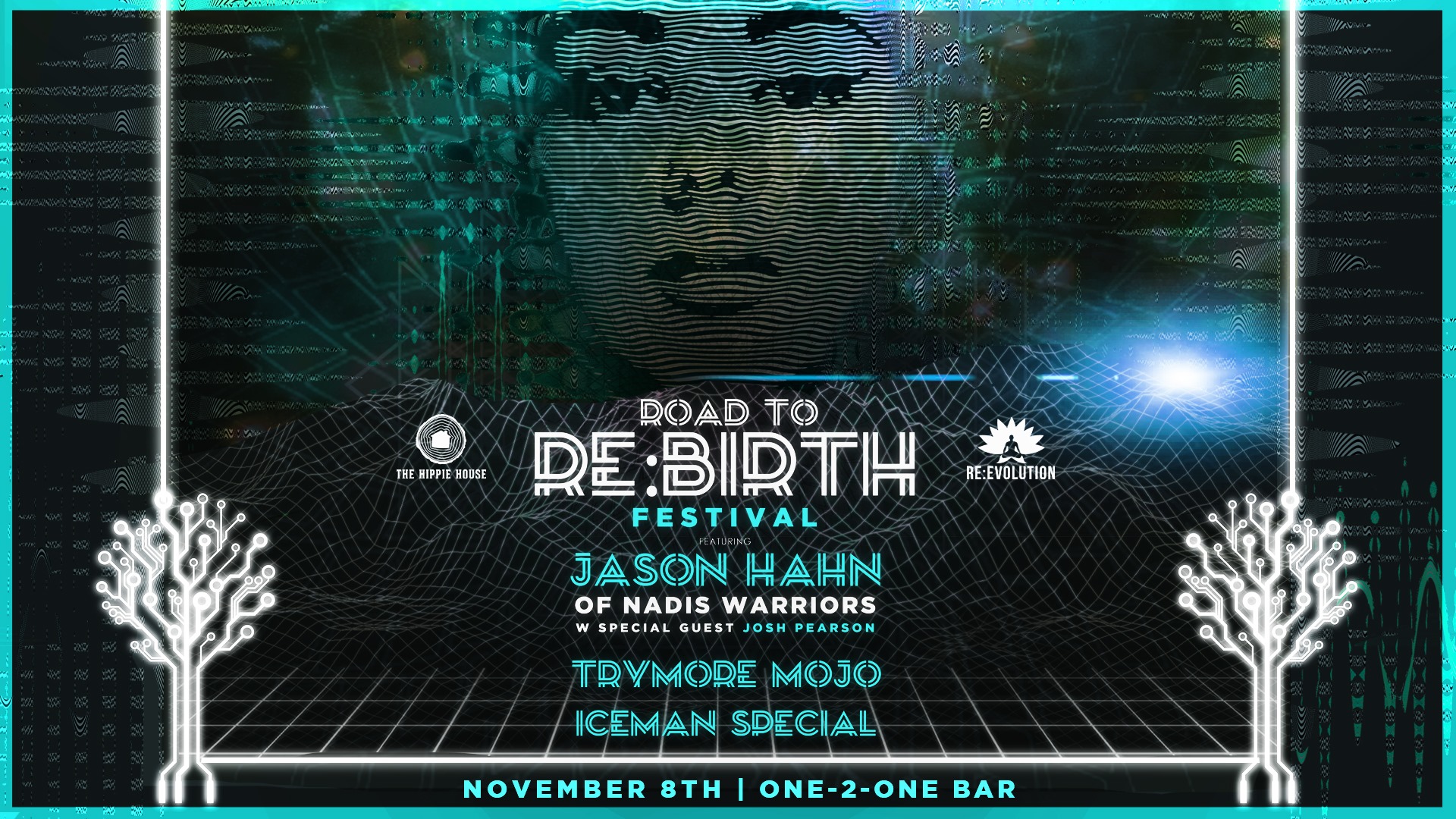 :: More about Jason Hahn (of The Nadis Warriors) ::
Jason Hahn is the producer for Nadis Warriors and co-founder of Re:Evolution Media, the event production company behind Manifestation Celebration, Om Vibrations, and Re:Birth.

:: More about TryMore MOJO ::
Seeking the highest of interstellar peaks, TryMoreMOJO guides the listener on their mission through space with a blend of funky riffs, modular soundscapes, energetic vocals, and heavy grooves; inviting fans to contribute their energy in a give-and-take partnership between performer and listener.

:: More about The Iceman Special ::
These Big Easy Bombardiers pack an ample amount of audio artillery in their set and you better believe that the Funka-Delic swamp will rain down heavy when they plug in. The Iceman Special is 4 piece outfit transplanted from the swamps of Louisiana to the big city of New Orleans. They combine a sound of dirty funk and delicate groove with elements of disco and rock and roll to create danceable jams with plenty of edge and substance. Screeching yet smooth guitars, wandering yet punchy bass lines, electronic synth samples, driving drum beats and powerful vocals form one a kind soundscapes. Who is the Iceman?