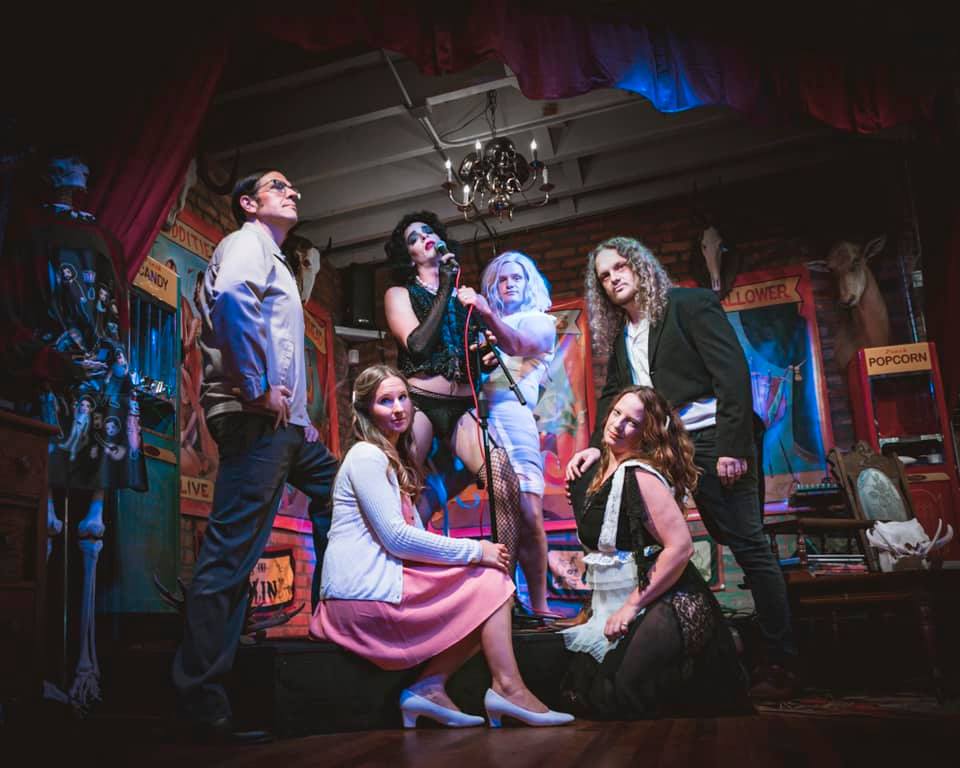 Time2Fly Music and Records On The Wall Present – Rocky Horror Music Show at Heist Barrel Arts on September 23rd.
21+
$15 Advance / $20 Day Of
Doors 7
Show 8
No Refunds
ROCKY HORROR MUSIC SHOW
Rocky Horror has been a sensation for nearly 50 years. First as a Stage Show, then as a Movie and now as a Live Music review. Rocky Horror Music Show presents the songs of Rocky Horror in a rock club setting. Think of it as a Rocky Horror Tribute Experience.
The costumed characters will be playing the songs live with snippets of the movie dialogue you want to hear and on-stage narration telling the story between songs.
This will make it easy to follow for newbies to the show. Don’t worry though, veterans will be impressed by the depth the band goes on the song list. In addition to the hits like “Dammit Janet” and “Time Warp”, Rocky Horror Music Show will hit ALL the songs including deep cuts and even deleted scenes.
The band is the cast! You can See Riff Raff rip a Guitar Solo, Eddie is actually playing the sax and Janet Weiss plays violin as Brad defends her honor from behind the drums. As this is a cult classic known for audience participation, there will be plenty of room for the crowd to sing along to these classic songs!
This is being presented by an All-Star lineup of Asheville musicians featuring members of Dr. Bacon, Natural Born Leaders, Modern Strangers, Andrew Thelston Band, Carpal Tullar, The Deathbots, Fancy & The Gentleman, The Beekeepers, Pronounced Heroes and more!!