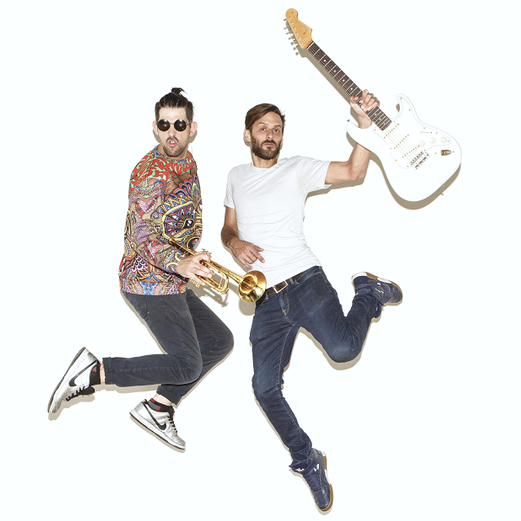 A kinetic energy infuses each track on 1984. Giving way to a mixture of funk/jazz/electro, The Russ Liquid Test evokes a kaleidoscope of textures, senses, and moods. Featuring Ivan Neville on keyboards and the Funky Meters’ Russell Batiste Jr. on drums, the effervescent and synth-heavy title track “speaks about the current state of America from the perspective of an outsider,” as described by Scott. Lead single “Honesty,” meanwhile, finds The Russ Liquid Test slipping into a woozy psychedelia, offset by a brilliantly structured dichotomy introduced in its second-line-inspired groove.

At the heart of The Russ Liquid Test is an improv-driven musicality that began with Scott’s taking up classical piano. After spending several years playing in a jazz quintet on cruise ships and touring with psychedelic ska band Uprite Dub Orchestra, his one-of-a-kind artistry was unveiled in the genre-busting musical performance group MarchFourth Marching Band. Capable of playing the trumpet and saxophone, Scott quickly began experimenting with electronic music, eventually adopting the moniker of Russ Liquid. As his full-length debut, 2013’s Foreign Frequency showcased a forward-thinking mentality and fearless vision, anchored by an incomparable knowledge of music as a whole. “I wanted new colors to paint with,” says Scott of his foray into electronic music. “I kind of look at the electronic world as this whole other color palette, compared to the traditional sounds we’ve been working with for the past however many years.”