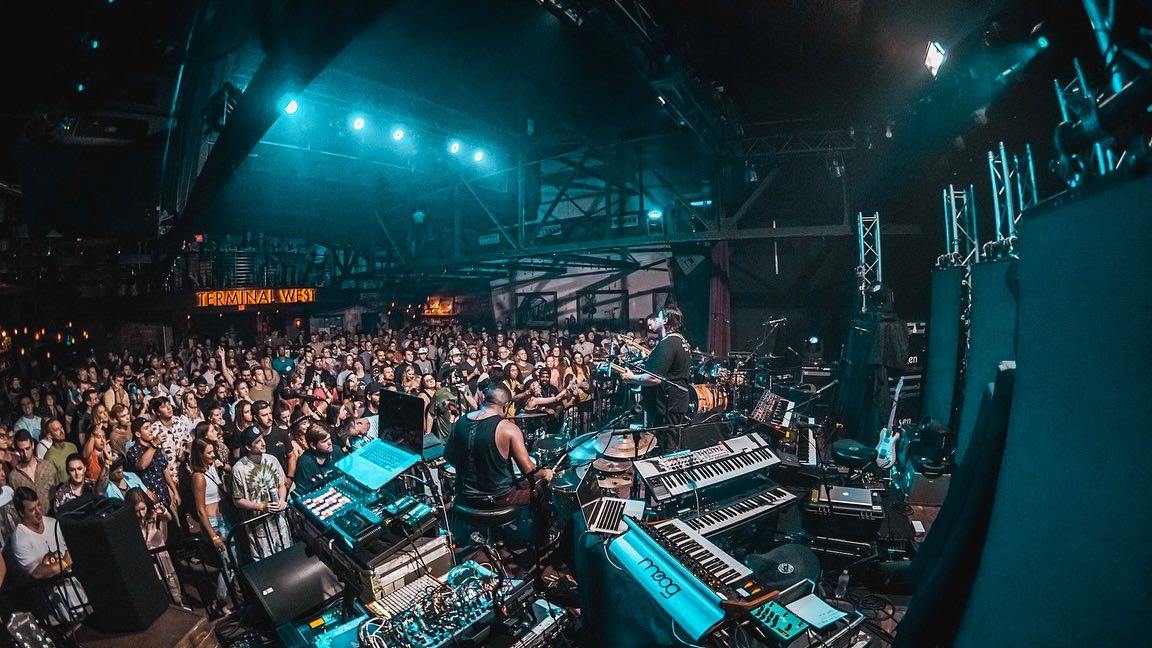 Navigating the space ship is Alex Etheridge on bass, synth and production, Rohan Prakash on drums and samples and Thomas Garrett on guitar. Mixing elements of electronic, dance and traditional music genres such as drum and bass, house, break beats, electro funk, dub, trip hop, lofi hip hop and more- whatever it is, Space Kadet will make you dance and leave you in a trance. With Prakash and Etheridge’s history of producing music together as well as the virtuosity of Garrett’s guitar abilities proves that the versatility and cohesiveness of this 3 piece band surpasses many others. The band combines live improv, technical chops and atmospheric sounds with live electronic production and soaring guitar melodies. This electronic trio has been making waves through out the south east and beyond over the past 5 years. Originating in Auburn, AL, the band now resides in their home city of Atlanta, GA. Space Kadet has had the honor of sharing the stage with fellow friends/road warriors The Floozies, Manic Focus, Sunsquabi, Russ Liquid Test, Pigeons Playing Ping Pong, The Werks, Flamingosis and many more. 2019 marks a notable year for the trio as they released their debut album “Simulated Reality”. Guest features on the album include Jeffree Lerner of STS9 on percussion and local Atlanta legends, The Terminus Horns. Space Kadet came together to form an always changing, never ending, groovy space odyssey.