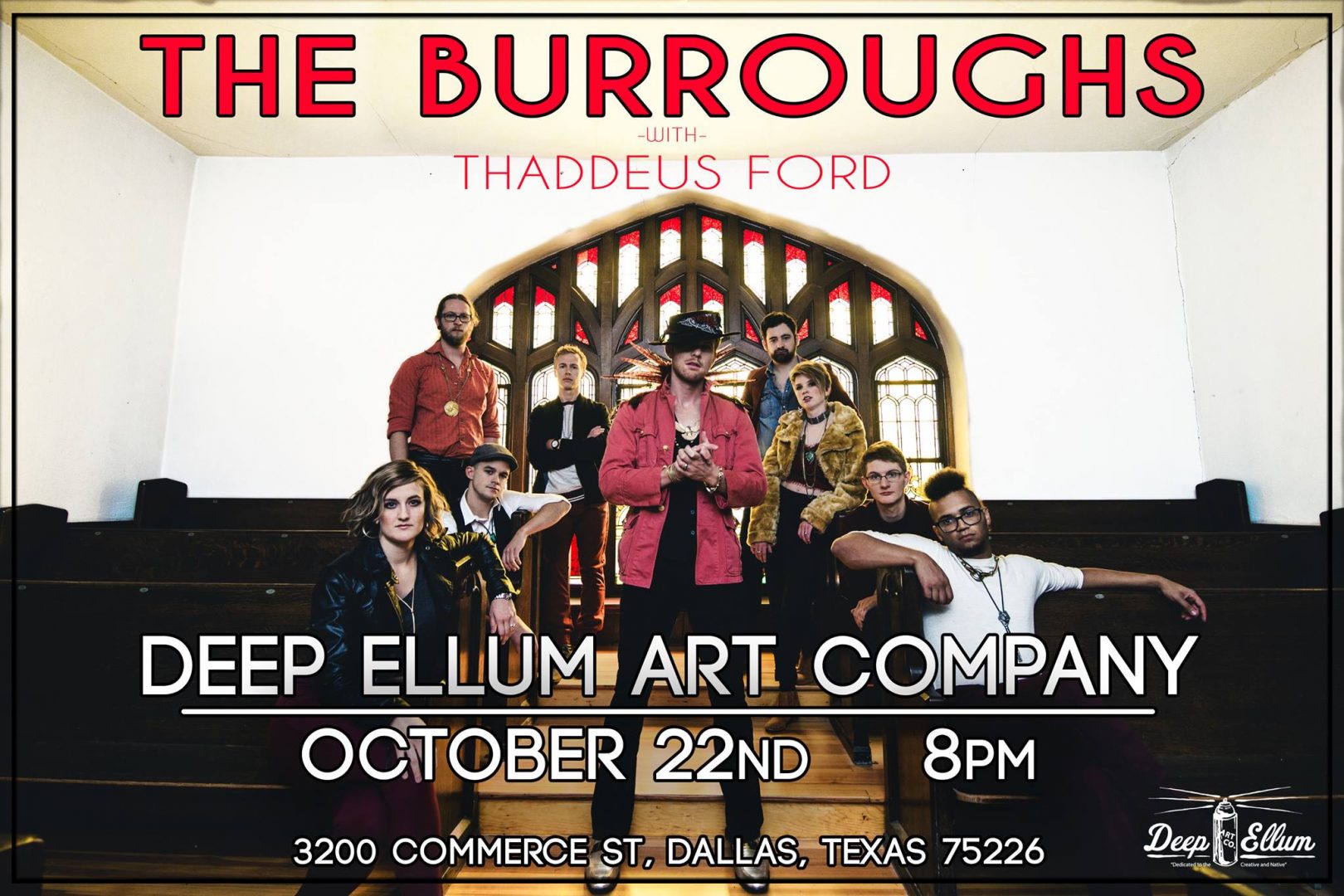 Steeped in classic soul standards and outfitted with modern flair, The Burroughs are a nine piece band with a powerhouse sound that has been electrifying audiences across Colorado and beyond. Since 2013, the band has lit up stages with their trademark brand of “Sweaty Soul Music,” quickly earning their rightful place as one of the best live bands in the region.

A 6th generation musician from New Orleans, trumpeter Thaddeus Ford blends the high energy of his hometown with Afro-Caribbean grooves and electrified post-rock effects into a unique gumbo of sound. Since starting his band in 2001, Ford has wowed audiences across the globe, including an 11 week residency in Shanghai, China. Based out of Dallas for the last 14 years, the band was recently nominated as “Best Jazz Act” by the Dallas Observer Music Awards.