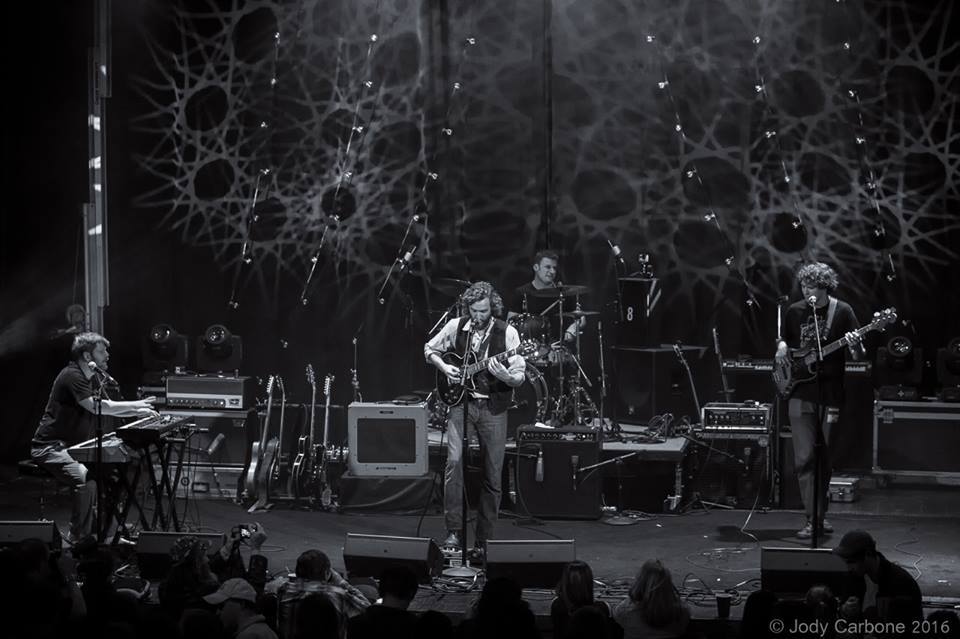 The Southern Belles are Adrian Ciucci (guitar/vocals), Tommy Booker (keys/vocals), Aaron Zarrow (drums/vocals) and Mikey Sallemi (bass). Playing a high-octane mix of funky southern psychedelic Rock & Roll, the Belles perform hundreds of shows and festivals each year. Their ability to instinctively communicate with one another was apparent right from the start, but as they’ve continued to play together this cultured ability has grown exponentially.

The Southern Belles road-tested sound has earned them a devout following, with fans traveling far and wide to catch the show. With their new album in process, to be released in Spring of 2015, the Southern Belles are picking up steam and gaining national notoriety for their original compositions and song craft. Their songs are both fun and moving, with lyrical stories evoking familiar emotions and complex musical journeys. Wherever the Southern Belles are, they are sure to bring the party with them.