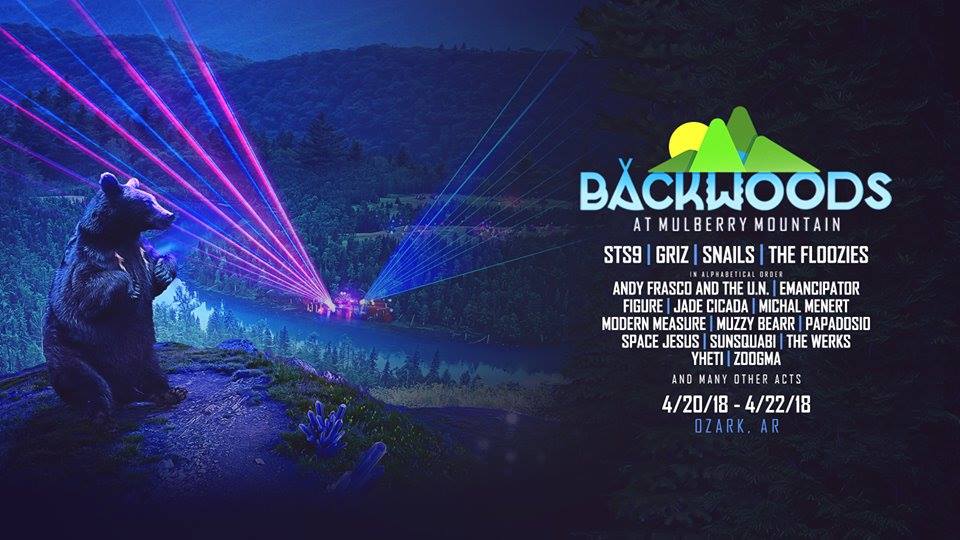 Dallas: Come celebrate the road to Backwoods at Mulberry Mountain 2018 at the Art Co on Friday, April 14! Let’s gear up for an epic Jamily field trip to the Ozarks! Live music featuring:

Hailing from Austin, TX and playing their very own unique style dubbed as “Electro Tribe”, Trouble in The Streets has quickly moved up the local and vibrant musical culture surrounding them.

Mixing a blend of influences from World, to Hip-Hop, Electronic, and R&B, Trouble in The Streets continues to leave a big musical impression everywhere they play.

In 2014, his track “Steppin Up”, won the Management’s Choice Award in The Untz Challenge V, giving Ryan the opportunity to shine on the stages of 6 major music festivals including Electric Forest, Wakarusa, Sonic Bloom, and Summer Camp.

Formed in the south-side of Los Angeles, The Voodoo Fix are a larger than life rock band that blends genres of rock, funk, and southern soul into one seamless sound.

Grateful to call Nashville home, The Voodoo Fix brought an element of rock and funk to the local scene with well attended shows at some of Music City’s most popular venues.

The Voodoo Fix puts it all on the table leaving crowds ecstatic, energized, and hungry for more of the high-powered, soul-sustaining rock they provide night after night. The Voodoo Fix lives for their audience and makes music “for the express purpose of making people feel good.”

Dance music from another galaxy!