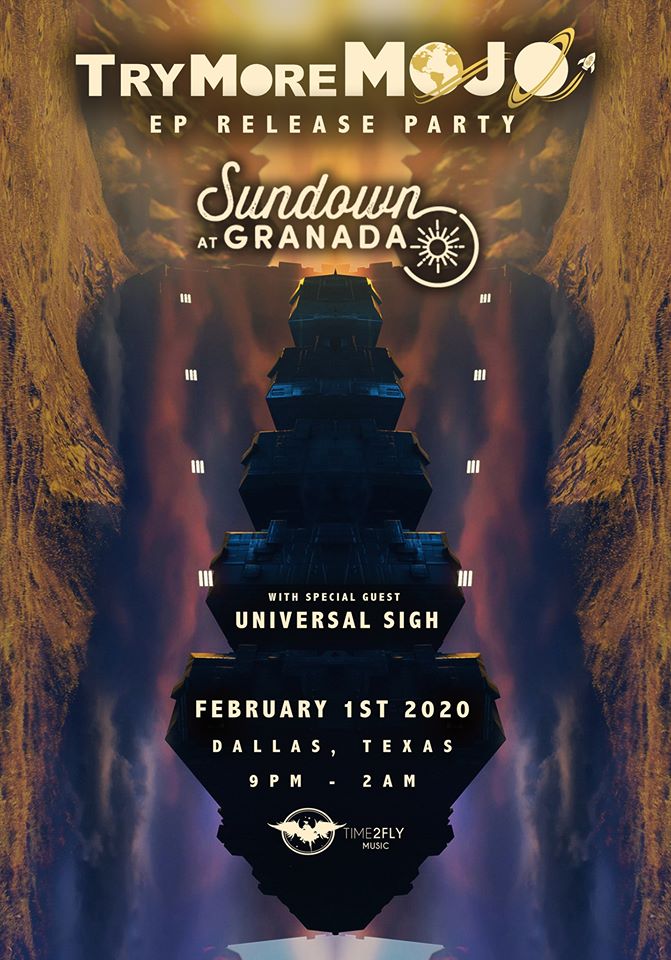 Join us for a very special night including unique dinner specials as we release TryMoreMOJO’s debut EP before its available online!

Based out of Athens, GA these southern rockers have been bringing the heat across the country since 2013. In the past 2 years, the band has shared the stage with Leftover Salmon, Papadosio, Twiddle, Pigeons Playing Ping Pong, Spafford, The Main Squeeze, The Werks, Aqueous, Naughty Professor, The Jauntee, Cycles and more. The quartet regularly tours between the southeast and Colorado and produce their annual Sigh in July Music & Arts Festival every summer.

The band name Universal Sigh signifies a common thread that links everyone to life – the breath. Music, like breath, provides connection, awareness, and brings you into the present moment. Each breath and song is a simple reminder that we are all connected and reliant on each other in this journey through life.