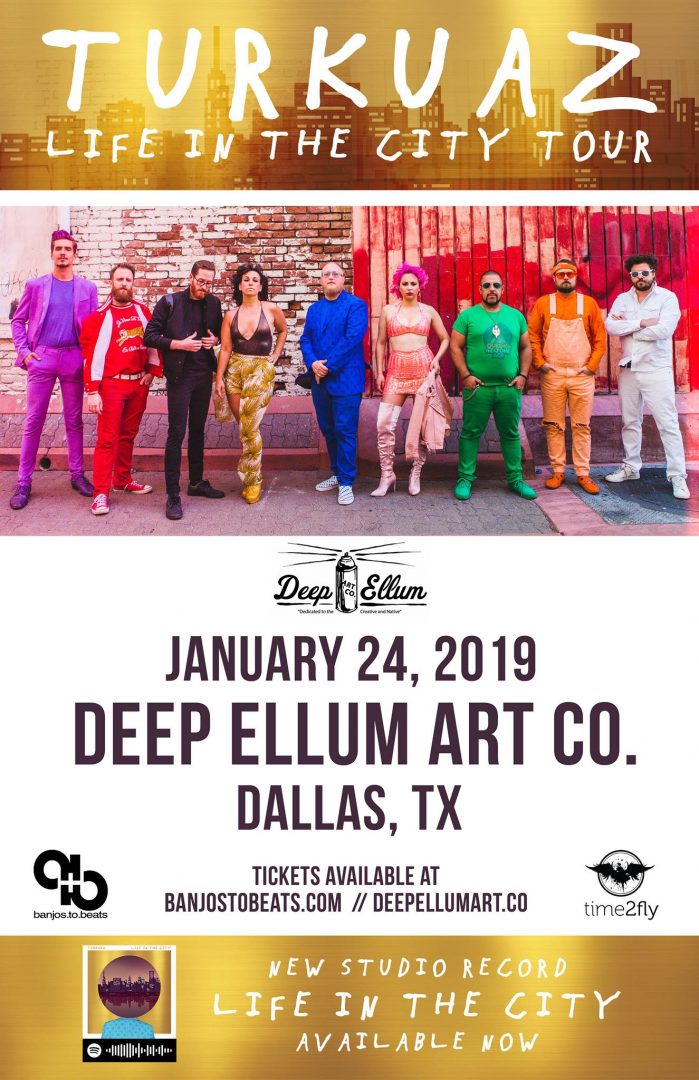 Electrik Ants live in the vibe of the music – a genuine blend of hip hop, funk, psychedelic, and groove, unique and exciting. They are a seven-piece band with sax, DJ, drums, bass, and three members that rotate between rapping, singing, guitar, keys, synth, and percussion.

“Turkuaz is made up of individuals, each their own shade of the color spectrum,” explains Dave. “Each person brings a signature style and embodies his or her own color. The respective auras come together to create our sound. The name itself implies that vibrancy, but it’s a different spin on turquoise. In the same way, we put a different spin on groove-oriented music by telling stories that you wouldn’t normally associate with funk.”

Since emerging in 2011 with their self-titled debut, the group have quietly animated a movement.