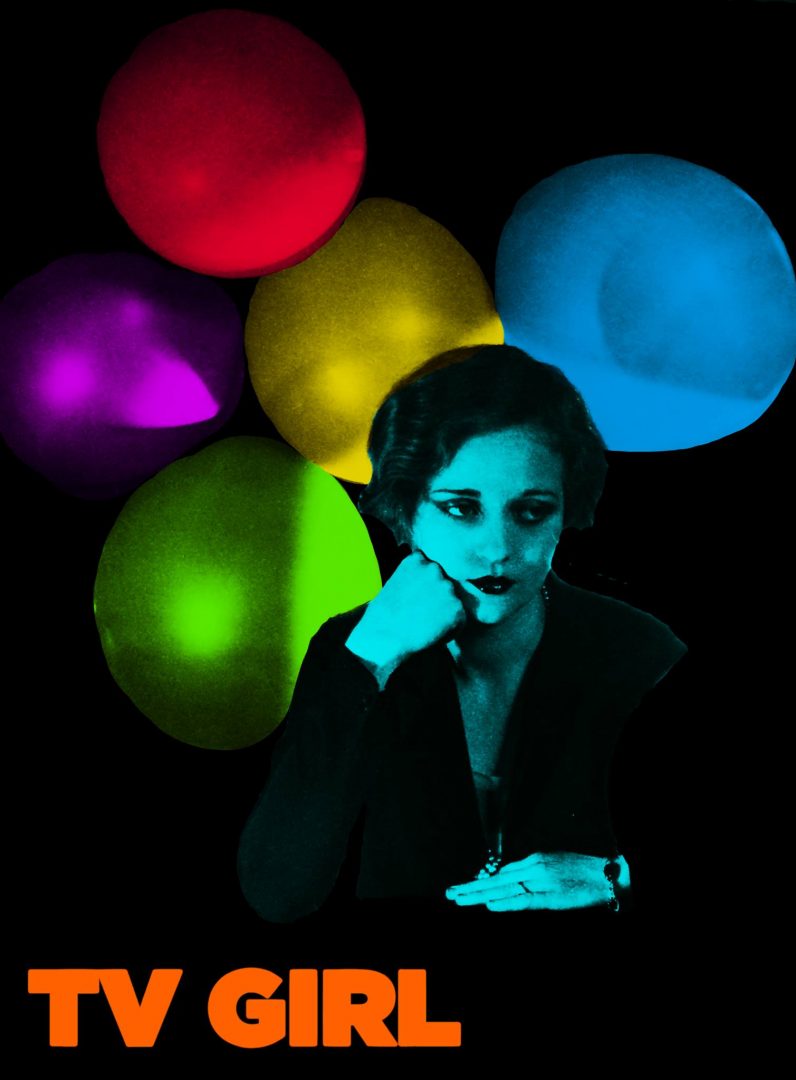 TV Girl
[indie / hypno-pop]
“On the surface, TV Girl is a sunny, throwback splash of ‘60s French pop and southern California soul. Yet, under that shiny veneer lays a dark heart, beating with sharp wit and cynical alienation, and the music is all the more alluring for it.

TV Girl was formed in 2010 by Brad Petering as an outlet to blend the love of Spector-esque girl-group pop with an emerging interest in hip-hop. Featuring shimmering vocals and sampled beats, the self-titled debut EP of the same year turned heads online immediately; the group’s lush vintage rhythms and timeless pop hooks were even making waves on the BBC. Soon after, Jason Wyman joined the band and Wyatt Harmon rounded out the live show. They continued to release increasingly popular EPs and mixtapes between tours. In 2014, TV Girl unveiled their first full-length, the critically acclaimed French Exit.

The album keeps true to the TV Girl charm with a bevy of electronic samplings infused throughout light and airy guitars, whirring organs, and ethereal vocals. However, this record is not all summer nostalgia, and there are plenty of times where French Exit reads like disaffected fiction. The moody characters in these songs are fueled by revenge as often as love, underpinned by desperation and a deep yearning to connect.

Their 2016 follow up, Who Really Cares, finds the band doubling down on their heavy use of samples. Combining the aesthetic of 90’s hip hop with modern psychedelic pop, Who Really Cares offers a glimpse into the psyche of a love scorned twenty-something.”

with
Infinity Crush
[ indie / lo-fi / dream pop ]
“Caroline White started Infinity Crush as a solo project and her early material — what remains online is mostly from a particularly prolific year in 2013 — bears the marks of that isolation. Scratchy songs recorded in bedrooms, sketches of thoughts that feel all the more special because of their spontaneity, bolstered by the Maryland-based musician’s deep and naturalistic sense of melody and atmosphere. Highlights from that period include Stumble Pretty and Sometimes Even In My Dreams I Am. Since that burst of demos, though, White’s output as Infinity Crush has slowed down to a trickle, mostly relegated to Tumblr audio posts that never seemed to stick around for too long.

In that time, she contributed to Julia Brown, started an ambient pop duo called High Bloom. She recruited best friend Derrick Brandon to join Infinity Crush, and began work on making the project’s first fully-fleshed-out album. “I no longer wanted to release demos,” she explains in a press release. “I wanted to work on songs and have a polished, comprehensive product that I felt reflected me and my experiences… I slowed down in my writing a lot, lost the prolificacy. I recorded songs and never liked them, never felt satisfied, and went through a long period of never writing or recording both because of debilitating depression and overwhelming dissatisfaction. Trying to record songs created a cycle of self-loathing… It was an incredibly exhausting experience.” “- James Rettig (Stereo Gum)

PARKING: Street parking available on Commerce (front) & Murray (side). Lot parking is available on Canton (back) across the street in the Equipment and Maintenance Services building after 6pm. We do not recommend parking in the business lot on Murray.