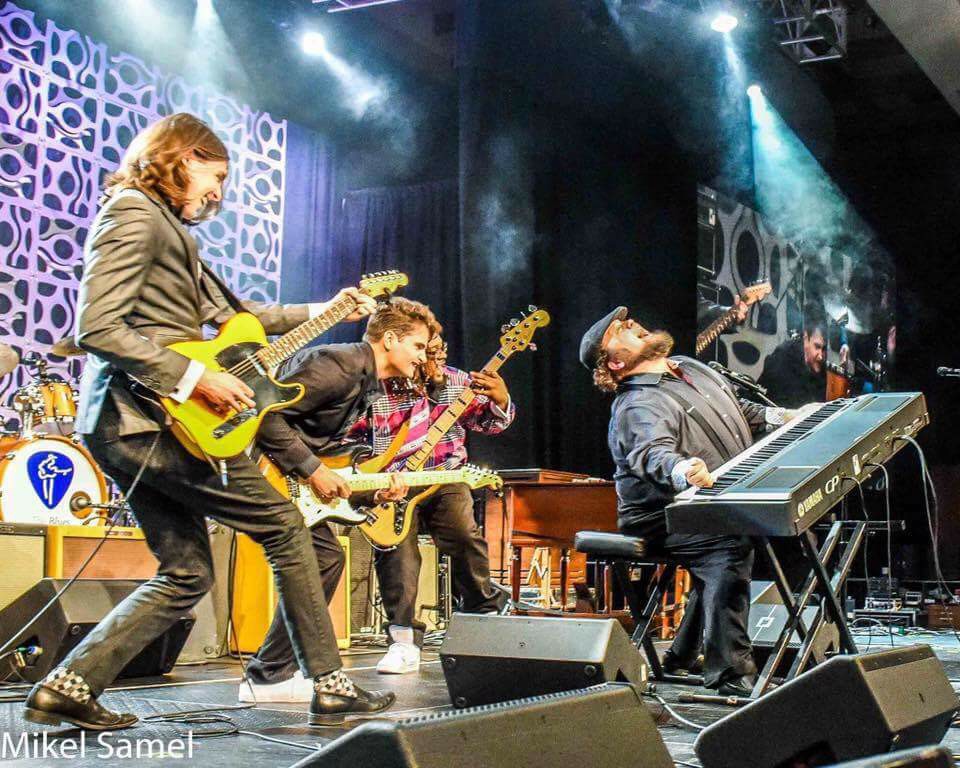 Victor Wainwright and The WildRoots

Power-house blues, Memphis soul, and roots rock’n’roll. Featuring the high-octane boogie piano and big soul sounds of vocalist and blues man Victor Wainwright, backed by one of the tightest smokin’ bands on the scene; the WildRoots.

Victor, along with producer/bassist/co-writer Stephen Dees have teamed up once again to deliver a blues and American roots ‘tour de force’. In short, they have scored another musical Bull’s Eye! On the heals of their critically acclaimed debut release “Beale Street to the Bayou”; their new CD “Lit Up” is poised to ignite blues fans with a freshness and flair that’s infectious and impossible to ignore.

Victor Wainwright, singer, pianist, “hepcat” from Memphis, Tennessee by way of the Savannah, Georgia; is a raucous high-octane dynamic performer and crowd pleaser with soul to spare. After earning what he calls a “double major in Boogie, a Ph.D. in Swing and a master’s in Rhythm,” the “Piana’ from Savannah” is making a name for himself in a big way.

Stephen Dees is a rock n’ roll aficionado, touring and-or recording as bassist and vocalist for Hall and Oates, Todd Rundgren, Pat Travers, and Foghat to name a few. He was a Billboard and MTV char-tee with his band Novo Combo, and has received great acclaim for his original rock band “Bandees.”

The boogie blues “piana” player and savvy pop-rocker met in 2004 in Ormond Beach FL, where they were both on the bill of a benefit concert. Very impressed after hearing each other perform and finding that they had a common love for blues, R&B and roots rock ‘n’ roll out of the ’50s and 60’s, such as B.B. King, Ray Charles, James Brown, Muddy Waters, Otis Redding, Louis Jordan, Jerry Lee Lewis and Little Richard; they discussed the possibility of collaborating on an original recording project for Victor; paying homage to the music that has influenced them. Dees agreed to produce and co-write what would become Wainwright’s 2005 release, “Piana from Savannah”. “…it’s hard to follow the speed limit while this one’s playing… Pinetop Perkins would be proud.” [Backstage Pass Magazine]

After the release of the “Piana’ from Savannah” CD, and some outstanding live performances, they knew they had something special and decided to forge a more enduring working relationship. Victor Wainwright and the WildRoots were born.

The WildRoots debut CD, “Beale Street to the Bayou,” was released in September of 2009; launching a successful radio promotion which landed them stellar reviews as well as charting #7 on the Root Music Report “Top 50 Blues”, #2 on the Blues Internet Charts, and #8 on the Tennessee Roots Charts. In addition, they hit #4 on Europe’s Collectif des Radio Blues Charts.