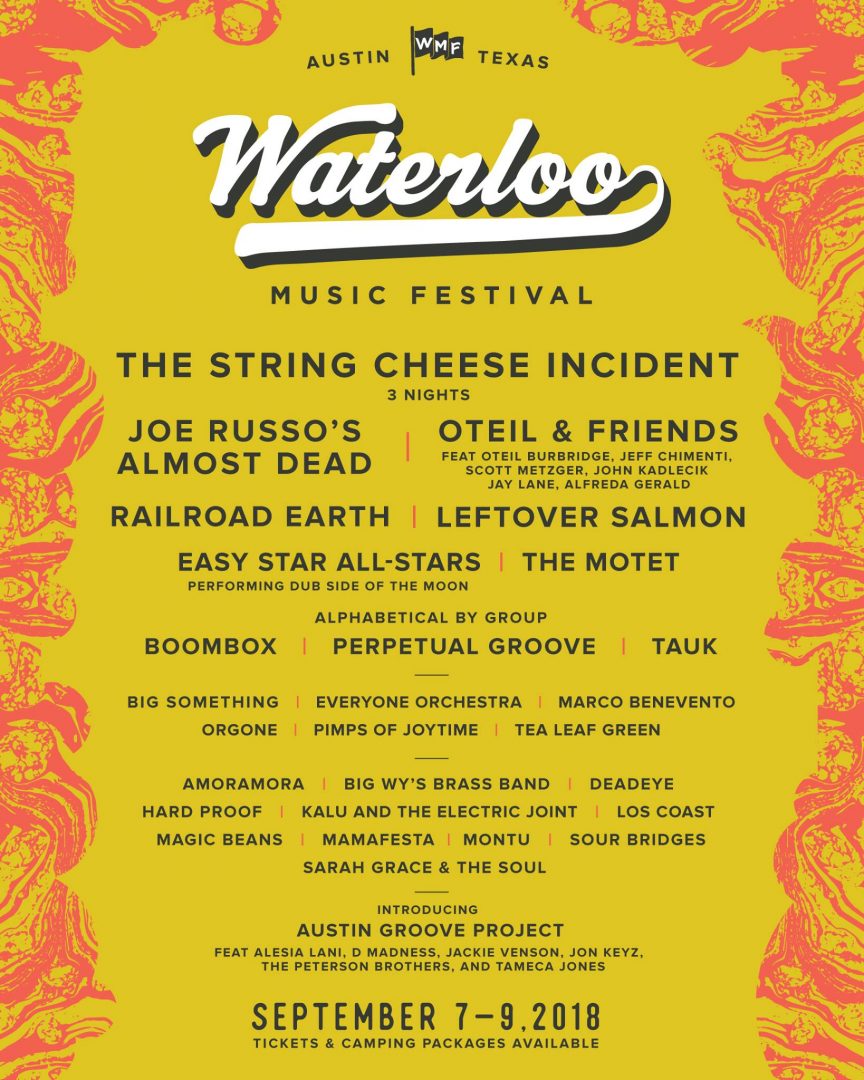 About the Fest
Waterloo is an independent festival that celebrates the roots of Austin music culture, and will feature three full days of nationally renowned jam bands performing alongside the city’s finest musical acts during a weekend of camping. The event will be held at Carson Creek Ranch, a venue just ten minutes from downtown Austin with over 60 acres of Pecan-tree-lined campgrounds and scenic views overlooking the Colorado River. The event is produced by Austin events promoters Unknown Entertainment, Havin’ a Ball Productions and Heard Presents.

Origins
Austin was initially incorporated under the name “Waterloo” before it was selected as the capital of Texas due to its ideal location along the Colorado River. The city’s unique musical identity at the intersection of Rock, Folk, Blues, and Soul has given birth to some of the country’s most beloved musical voices and earned it the moniker “The Live Music Capital of the World”. Like the original settlers of Austin, Waterloo is planting its flag on the banks of the Colorado River and will provide attendees with Texas’ premier camping festival experience.