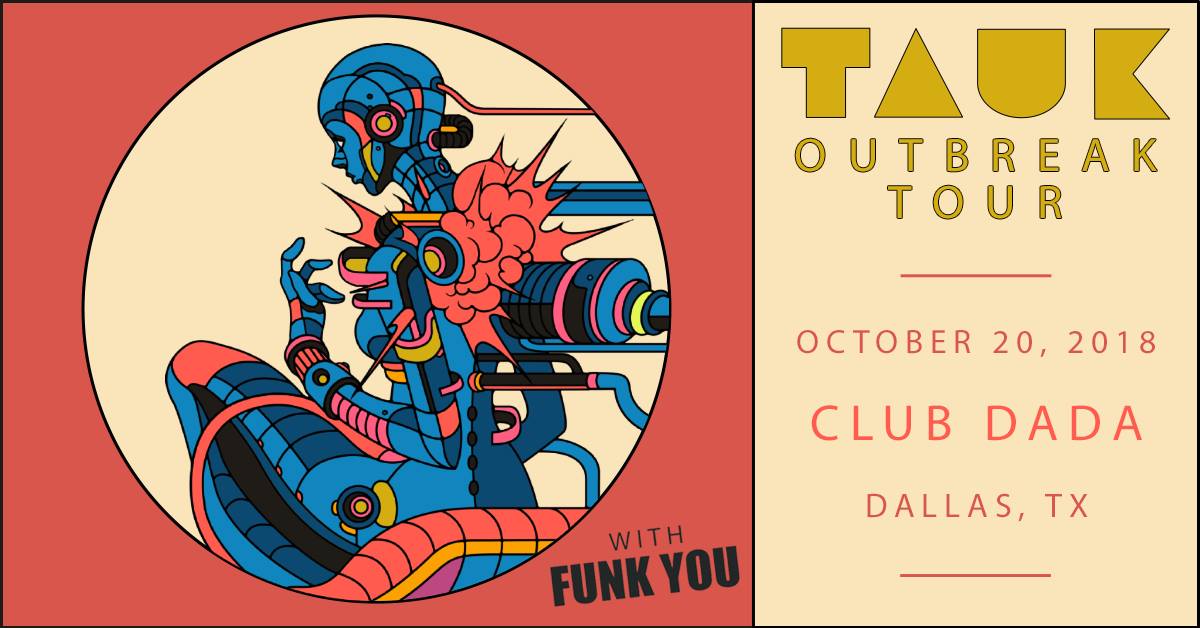 Want to stay updated? Sign up to receive the latest Tour Dates and News from TAUK – http://taukband.com/email-list/

Join our street team dubbed the STAUKERS and get free tickets to shows by helping spread the word! Join here: http://taukband.com/staukers/

Check out our Merch – http://hellomerch.com/collections/tauk 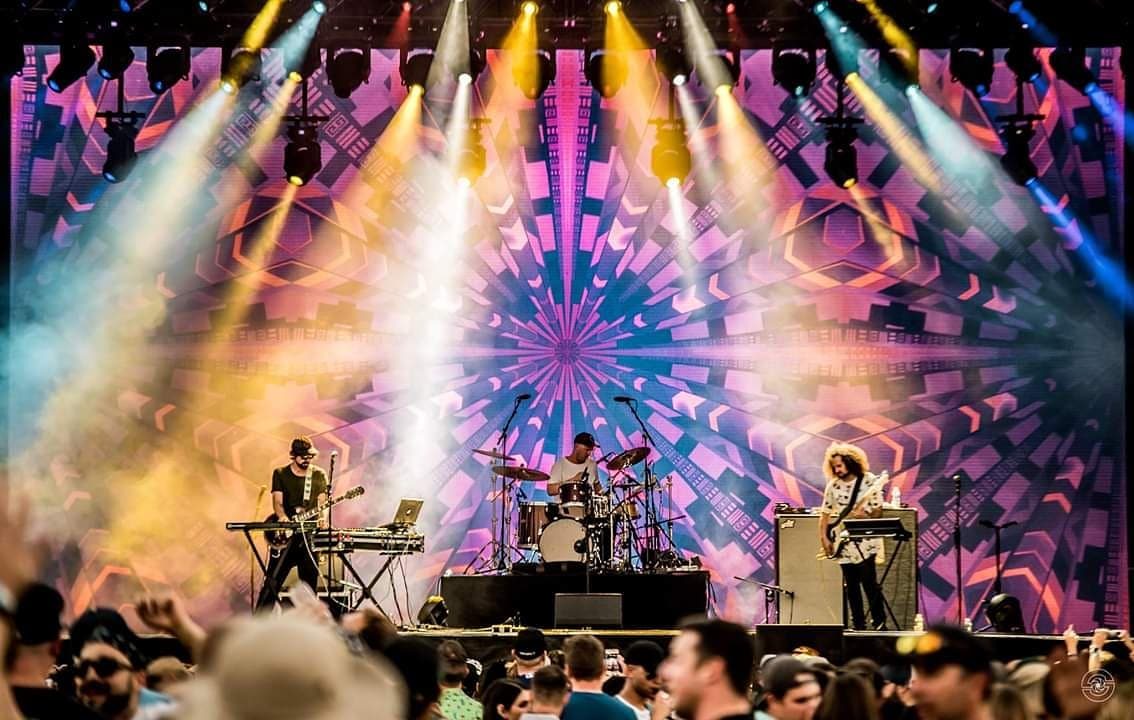 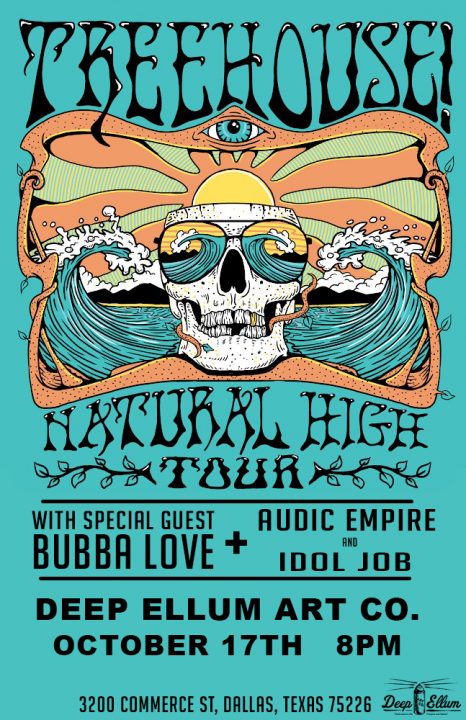 1/2 off Specialty Cocktails on Draft

For nearly seven years, the guys from TreeHouse! have spent the majority of their days as road warriors blazing sprawls of highway and at night playing an unapologetic enthusiastic blend of reggae jam rock they are know for in venues across the nation.

TreeHouse! songs resonate in your soul. With lyrics filled with rising above adversity, gratitude, and unity. For every setback, there’s a step up waiting for you if you keep your focus. For every day, there’s a blessing to count and for every event, we must recognize we are a part of it all. It’s this kind of message that makes the most recent studio album, Lifted, their strongest release to date.

This razzle dazzle, down to earth man, is magical whether it’s the smiles his ukulele is inspiring or the dreams being birthed in the minds of his listeners, when the tones of his voice reach beyond your ears and into your heart. You can’t help but to listen to his songs with their deep message and feel a stir in your existence. With a warmth of hope, life, and laughter his chords, melodies, and soul will warm your heart and bring life into your step.

Roots Rock Reggae band from Arlington Texas! Bringing those smooth harmonies, heart-stoppin bass, that dub stylee and wailing guitar riffs to melt your face off! Guaranteed to make you shake it!

Audic Empire was formed in late 2010. Since then they have been turning heads in the Austin music scene with their psychedelic, Reggae/rock and feel good tunes. They have a high intensity performance and an astonishing sound with the contrast of two singers, their Red Hot solo Guitarist, and rock solid rhythm section. Audic Empire has played with numerous great artists and festivals. 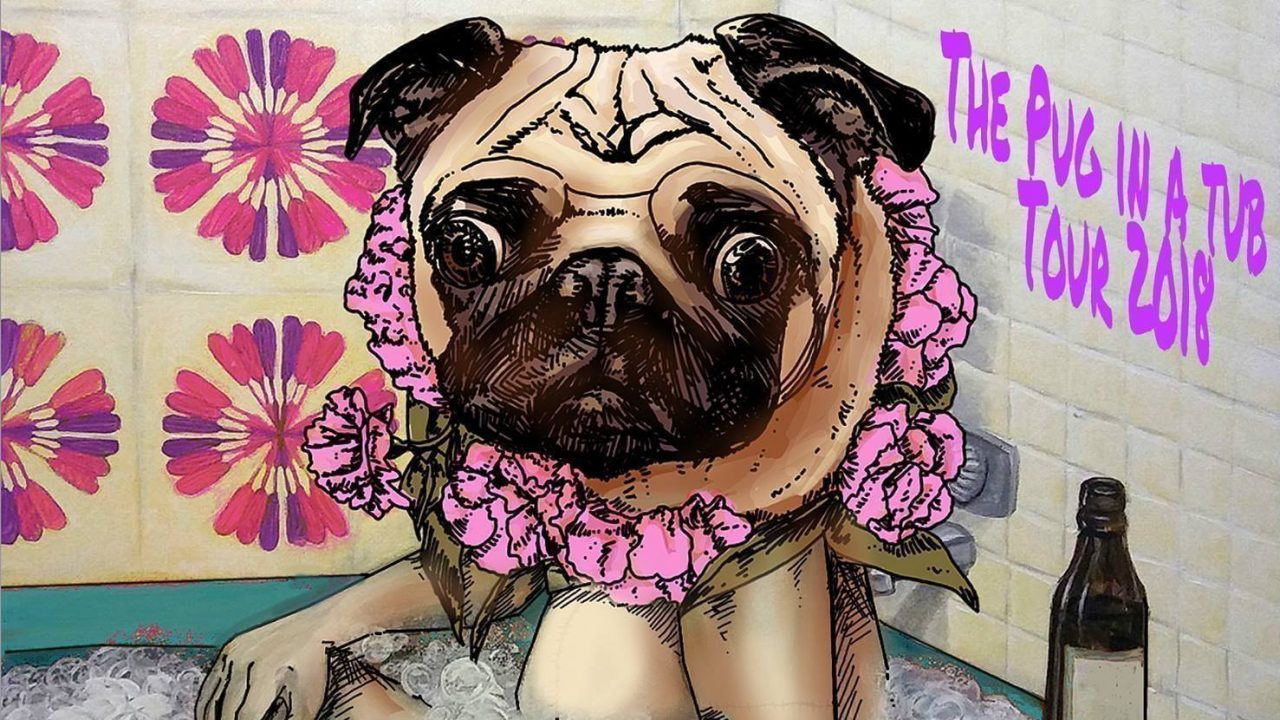 At the 2016 CMA Awards one sound burst from the stage like a thunderquake. As Beyoncé performed “Daddy Lessons” accompanied by Dixie Chicks and Too Many Zooz — the New York City trio which originally recorded the song on the star’s Lemonade album — TMZ brought the sound of the street to Beyoncé’s glittering musical declaration. Glued to their smart phones, tablets, and TVs, America beheld Too Many Zooz’ innovative polyglot style.

Too Many Zooz’s saxophonist Pellegrino, trumpeter Matt Doe, and drummer King of Sludge held Nashville’s Bridgestone Arena stage for mere minutes, but the same talent that moved Beyoncé to have the group record both “Daddy Lessons” and “Formation” on Lemonade has seen TMZ sell thousands of CDs and downloads, and inspired viral videos.

Too Many Zooz’s manic music, dubbed “BrassHouse” by drummer King of Sludge, is an irresistible rocket that combines styles more diverse and far-flung than any international space station. As heard on the group’s EPs — F NOTE, Fanimals, Brasshouse Volume 1: Survival of the Flyest, The Internet, and the LP, Subway Gawdz — Too Many Zooz creates a visceral smack-to-the-senses. TMZ’s BrassHouse summons EDM, house, techno, and glitch, paired to the indigenous punch of Cuban, Afro-Cuban, Caribbean, and Brazilian Carnival rhythms. TMZ’s music is further heightened by the dancing and saxophone soloing prowess of Pellegrino, virtually a bionic Pepper Adams. Like Nortec Collective mashed with Daft Punk by way of a mad sonic scientist, Too Many Zooz has conquered New York City — your headset’s resistance is futile.

“We pride ourselves that nearly every person of every color, creed and background and upbringing can find something in our music to relate to,” Matt Doe says. “Someone from Cuba can say ‘I hear Cuban music in the cowbells.’ Someone into death metal will enjoy it next to a grandmother who hears it as old swing music. Others hear Klezmer. Whatever people want to hear in our music they can seemingly find it.”

Many New Yorkers discovered Too Many Zooz at the Union Square subway station, where the trio began busking in 2014. After one of TMZ’s videos went viral on Reddit, creating almost a million fans, sales of the band’s digital downloads and CD sales skyrocketed.

If TMZ’s music wasn’t already electrifying, Leo Pellegrino’s dance moves, which spin like a Zoot-suit wearing swinger, add visual thrills to the band’s musical mastery. A classically trained musician, Pellegrino began dancing as both expression and rebellion. What Beyoncé loved is now available to all.

“Horn players, especially baritone saxophone players, look so lame on stage!” Pellegrino notes. “I just watched an NBA half-time show and this band’s horn players were killing my eyes. I wondered ‘why does the horn have to be such a lame instrument visually?’ I began dancing in the subway and people loved it. I realized that I had been brainwashed, all my teachers telling me not to move. I’d been told that was improper technique, but that became my key to success.”

“I don’t like using standardized terms when describing our music,” Matt explains. “We’re all doing things that are out of the ordinary. I provide the synth sound you would hear in a dance track. Leo plays saxophone but he’s also providing the bass sound you would hear in electronic music. When Leo solos, it’s like a breakdown when the bass is the featured element of the band. I don’t solo per se, but I am playing nearly the entire show. It doesn’t make sense for me to play more!”

“From the start, we were all bouncing off each other, listening to each other and not thinking too much,” Doe says.

TMZ have collaborated with Galatic, Kreayshawn, Jerry “Wonda” Duplessis, and, of course, Beyoncé.

“Knowing that Beyoncé enjoys our music on her own time?” ponders King of Sludge. “That’s a great thing.”

What’s next for TMZ? The trio’s upcoming EP will feature a rawer sound, the group returning to their original roots, and most likely, their original 14th Street subway station.

“When we began, it was just trumpet, saxophone and drums,” Leo says. “Our first EP was pretty straight up, then we added production and guests and vocalists on Subway Gawdz. This next EP is back to our roots.”

Does TMZ recommend the subway path to stardom?

“The subway, then videos and Beyoncé helped propel our popularity,” Matt says. “The subway is a great promotional vehicle. There’s nowhere else that you can reach such a wide demographic. If you want to get out and be seen and up your numbers, go to the subway. That’s always part of our business plan.” 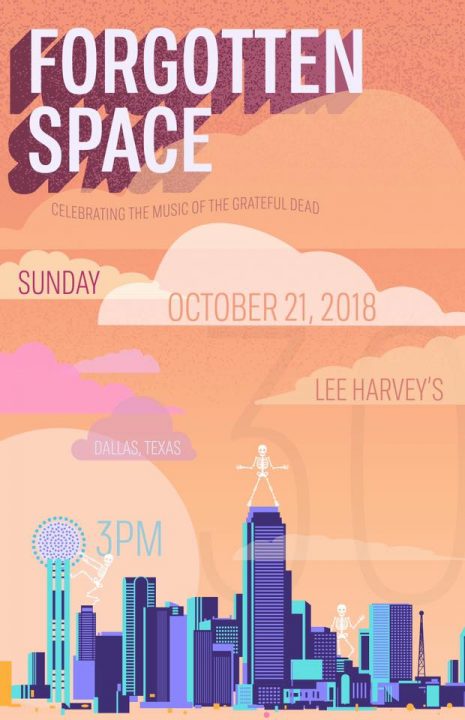