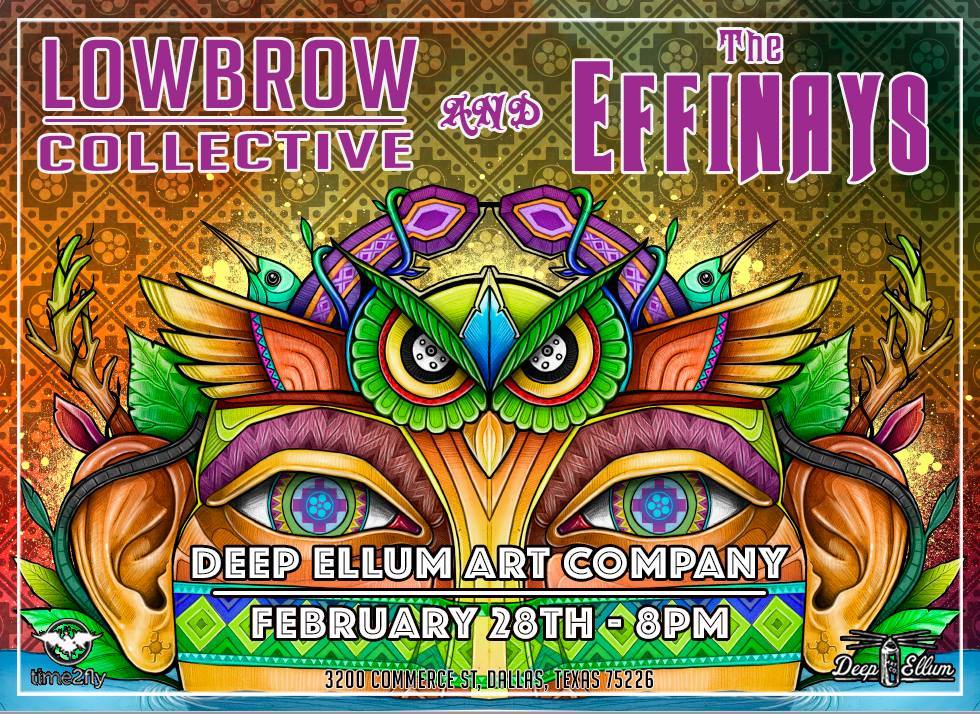 LowBrow Collective is a Cumbia group focusing on Peruvian Chicha and various styles found in Latin America rendering them with an American tinge.

The band has performed alongside Grammy Award winning artist such as Snoop Dogg (Lion), Grupo Fantasma and Ozomatli

Each member of The Effinays hails from different musical upbringings that they blend together effortlessly as one unit. 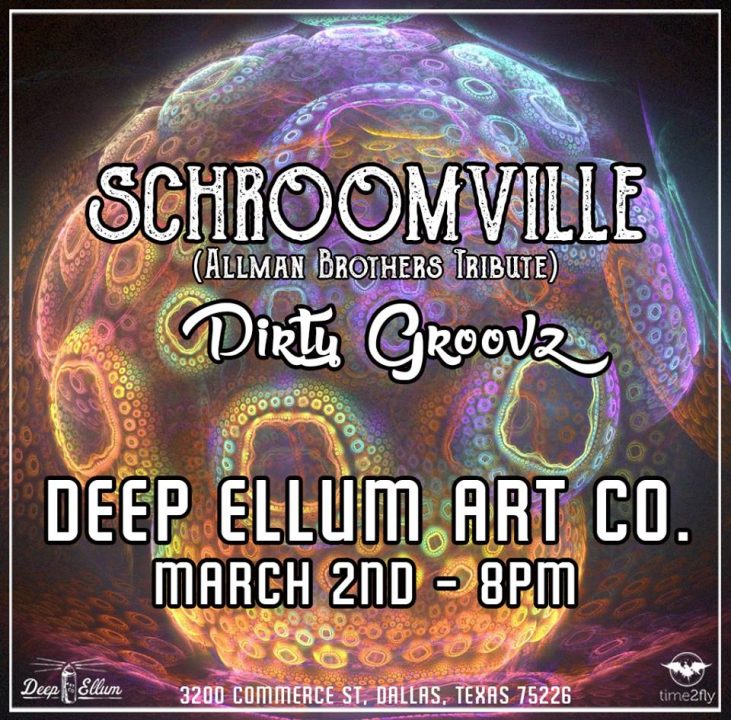 Dirty Groovz is a DJ & Musician collaborative that focus on music genres of Down Tempo, Drum & Bass, House & Rare Groove.
Depending on the venue, they also play genres including Latin, 70’s/80’s/90s and of course current music.

Dirty Groovz is a group that desire to provide a different feel to music not normally heard or rarely heard on commercial radio waves.

Schroomville – A Tribute to The Allman Brothers Band was formed to play the tunes of this great band and create a concert experience based on one of our favorite bands. From the early days with Gregg Allman on Hammond B3, Duane Allman and Dickey Betts on guitars, through the mid ‘70s after Duane and Bassist Barry Oakley died. Adding Chuck Leavell on piano, and continuing to todays’ lineup with Warren Haynes and drummer Butch Trucks’ nephew Derek Trucks on guitars. 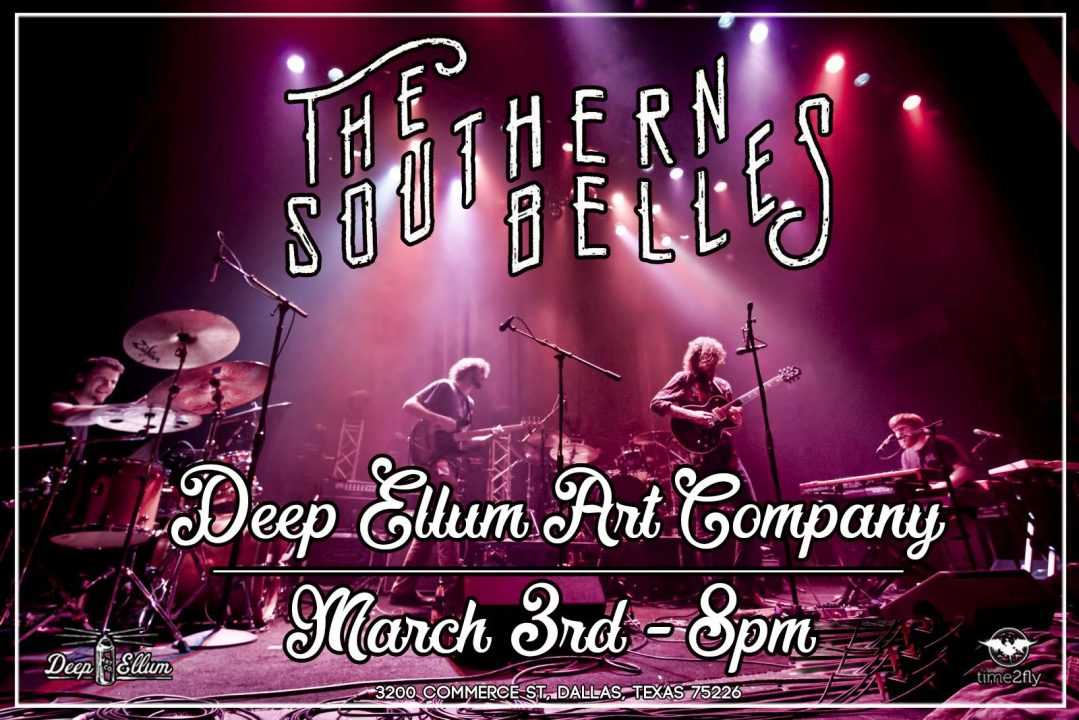 The Southern Belles are Adrian Ciucci (guitar/vocals), Tommy Booker (keys/vocals), Aaron Zarrow (drums/vocals) and Andrew Carper (bass/ vocals). Playing a high-octane mix of funky southern psychedelic Rock & Roll, the Belles perform hundreds of shows and festivals each year. Their ability to instinctively communicate with one another was apparent right from the start, but as they’ve continued to play together this cultured ability has grown exponentially.

The Southern Belles road-tested sound has earned them a devout following, with fans traveling far and wide to catch the show. With their new album in process, to be released in Spring of 2015, the Southern Belles are picking up steam and gaining national notoriety for their original compositions and song craft. Their songs are both fun and moving, with lyrical stories evoking familiar emotions and complex musical journeys. Wherever the Southern Belles are, they are sure to bring the party with them.

An accessible pallette of rock, folk, punk and jazz, formed by friends on a lifelong creative pursuit.

zoo
/zoo/
noun
an establishment that maintains a collection of wild animals, typically in a park or gardens, for study, conservation, or display to the public.

Tory Sound is a Jangle Pop – Idie Rock/Party band out of Dallas, Texas. Experience the creativity and the stories behind the creation of Tory Sound and dance the night away.