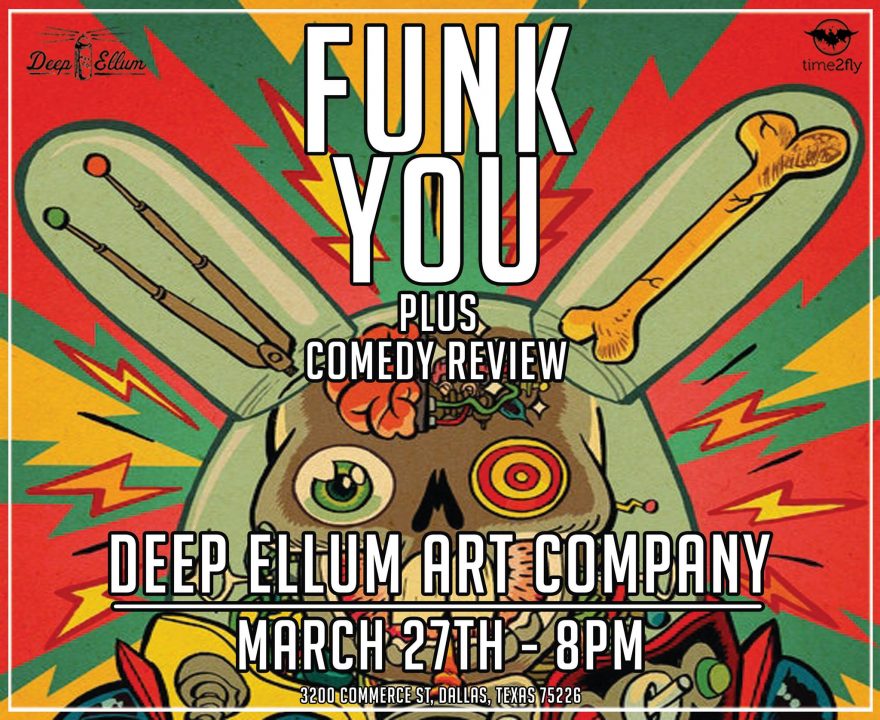 FUNK YOU provides the audience with a furious fusion of influences ranging from Umphrey’s Mcgee, Lettuce, James brown, and Stevie Wonder. By colliding funk, jam, rock, fusion, and prog into one uniform sound, these guys will keep your jaw dropped and your feet moving without stopping. Their songs combine lush ambiance, catchy vocals, and intense shredding simultaneously into a unique well defined sound.

Govinda is the alter-ego of producer/composer Shane Madden. He began studying violin and composition at the age of eight and went on to study classical violin at the University of Texas where he fell in love with electronic music production. It was in Madden’s pursuit of his gypsy roots that opened his ears to music from around the world. From experiences learning violin with mysterious masters on his journeys across the globe and his passion for modern design and technology, the current sound of Govinda was born.

The Govinda live show immerses the audience with a textured atmosphere of exotic bass vibrations interwoven with cosmic visual projections, world class dancers and mesmerizing vocals- all to the magic of his live electronics and violin.

Kaminanda’s ever-evolving sound is a playground of original Midtempo grooves, tribal rhythms, Psy-Dub, and lush downtempo textures. His music is designed to take the listener/dancer on a journey traversing landscapes reflecting a myriad of diverse influences; a kaleidoscope of warm melodies and twisting, winding compositions. With six albums in his repertoire, this organic spaceship of frequencies balances musicality and ethereal soundscapes to evoke a deeper and hypnotic experience.

Producer based out of Denver Colorado. In his music, you will hear all original compositions, found especially in his latest releases, which include the 4 track EP’s Sunrise vol. I, Sunrise vol. II, Walk With Me and Life Cycles. In the last two years, Templo has played alongside some of the top experimental producers such as Shpongle, Ott, Kalya Scintilla, Random Rab, The Polish Ambassador, EOTO and Bluetech. Appearing at festivals such as Envision, Gem & Jam, Sonic Bloom, Once Upon A Festival and Arise Music Festival, Templo presents a unique live experience incorporating downtempo, trip-hop and dub elements, with deep melodic bass.

DRINK SPECIALS:
1/2 off Wine on Draft 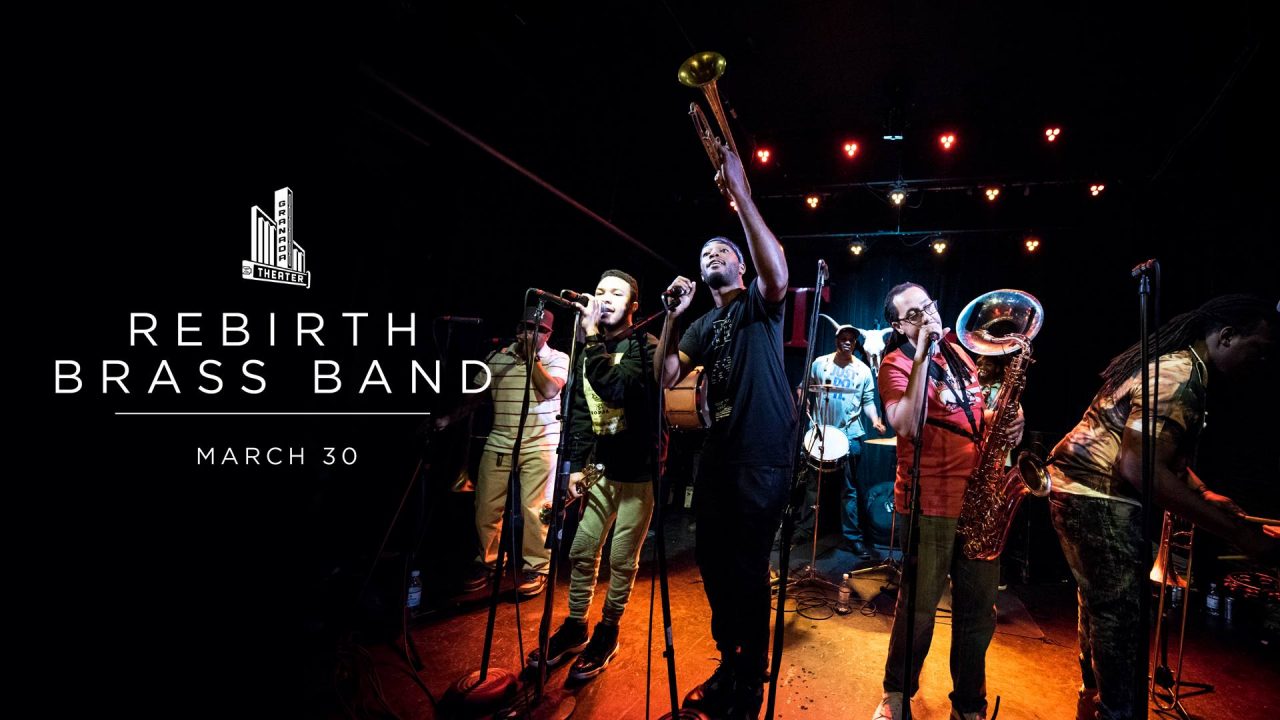 NOLA-based heavy funk band Rebirth Brass Band brings the jam to the iconic Granada Theater stage March 30th, 2018 with Tomar and the FCsfor a night of full-fledged grooves and hip-shakin’ that has filled the air from the streets of the French Quarter to festivals and stages all over the world. This will truly be a night to remember. 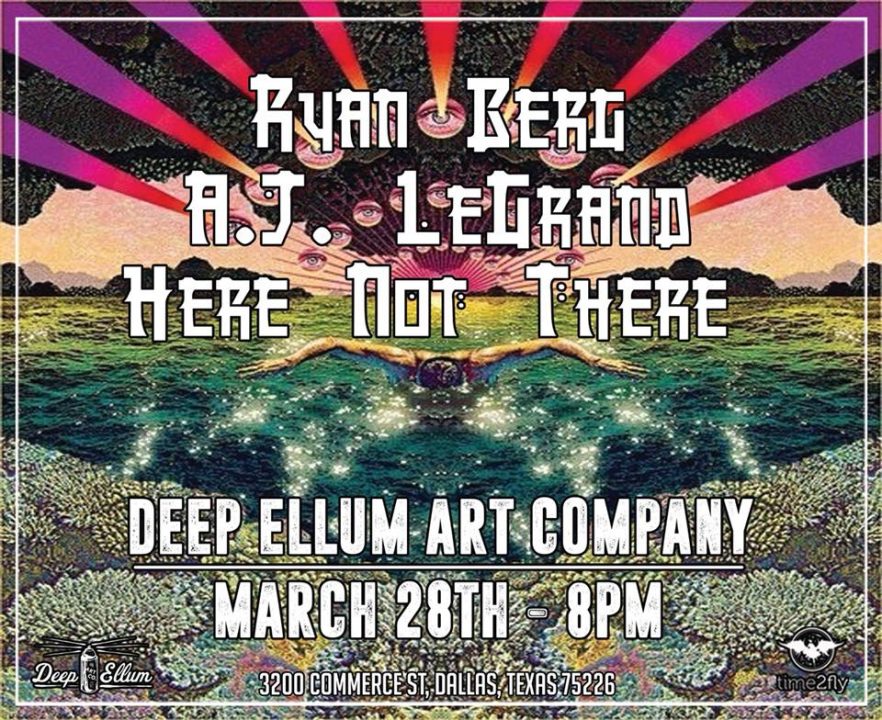 A.J. LeGrand describes his music as “stories accompanied by cowboy melodies.” Others have said that “his songs send [them] on an unpredictable emotional journey; exploring a myriad of genres from soul, to folk, to blues, to country rock–demonstrating his incredible gift for storytelling while telling them with the perfect amount of energy and passion.”

LeGrand has always gravitated to those “ordinary yet inspiring individuals.” This has led to a constant search for them as he’s traveled across the US and the world with the hopes of sharing his songs and hearing their stories.

Ryan Berg & The Velvet Ears are an acoustic driven Blues/Jazz band from Dallas Texas. The project began when singer-songwriter Ryan Berg moved back to his hometown from San Marcos, Texas. Shortly after, Ryan began playing duos around the metroplex with lead guitarist, Glen Fleischman throughout 2014 when they met drummer, Charles Alexander.

Here Not There is a improvisational music group based out of Dallas TX. Our goal is to develop new music through the art of spontaneous jamming. 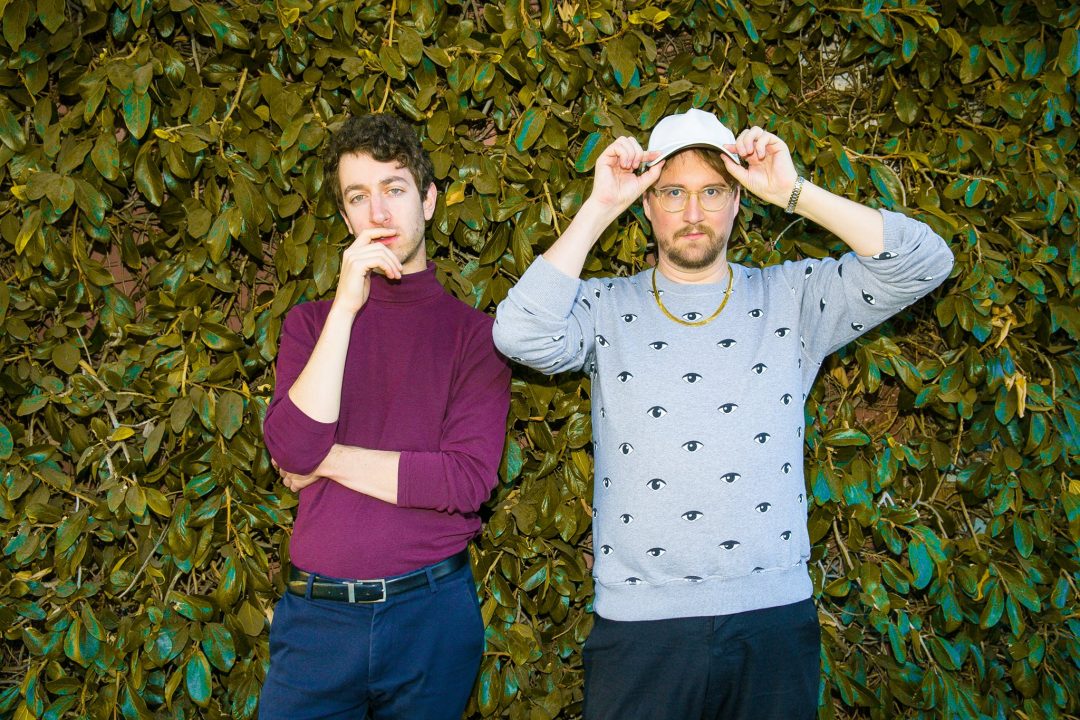 Direct support from Ela Minus

Inspired by a background in classical percussion and an obsession with synthesizers, Chrome Sparks creates dazed, melodic beat-centric tunes that loosely hang between down-tempo head nodders and up-tempo club bangers. FADER has described his music as ‘form-shifting beats [that] seem to resonate with spaced-out chillers and hyperactive party kids alike.’

Machinedrum has produced and composed over a dozen albums under various aliases since his first independent release in 1999. Covering an astonishing variety of styles through his solo work and with collaborative projects Sepalcure, JETS and Dream Continuum, Machinedrum delivers his signature on every thing he touches. He is widely recognized as a producer’s producer, a pioneer of many styles, and a master of his craft. 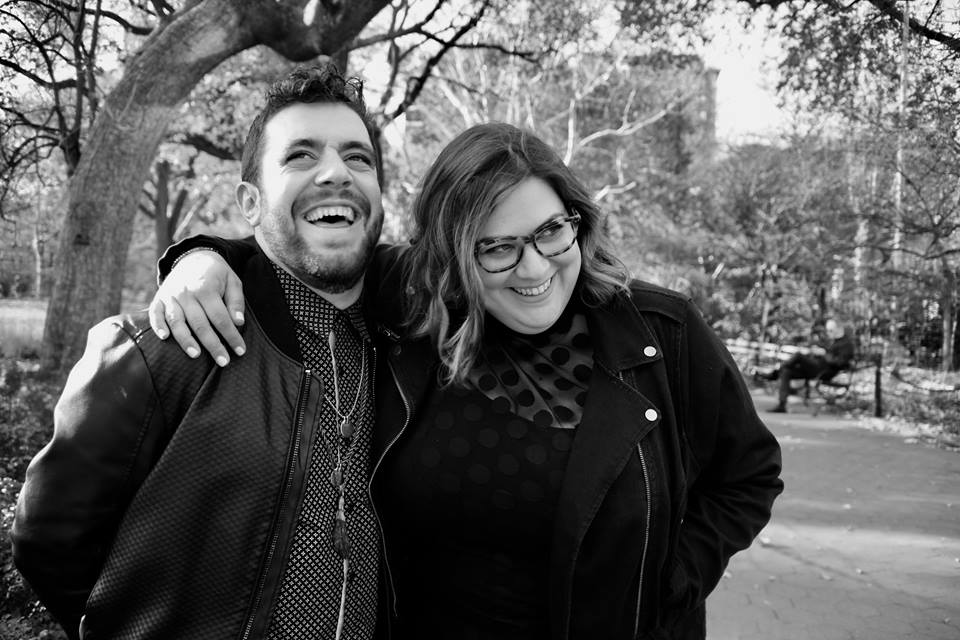 At the age of 20, having already recorded on two albums with Trey Anastasio (Story of the Ghost, Phish, 1998, and One Man’s Trash, Trey Anastasio, 1998), Jennifer was asked to join Anastasio’s new band. She has been an integral part of the band for the last ten years touring internationally and sharing the stage and studio such legends as Carlos Santana, Dave Matthews, The Rolling Stones and Herbie Hancock. She has also appeared on The Tonight Show with Jay Leno, The Late Show with David Letterman, Late Night With Conan OBrien, Austin City Limits, and many more. 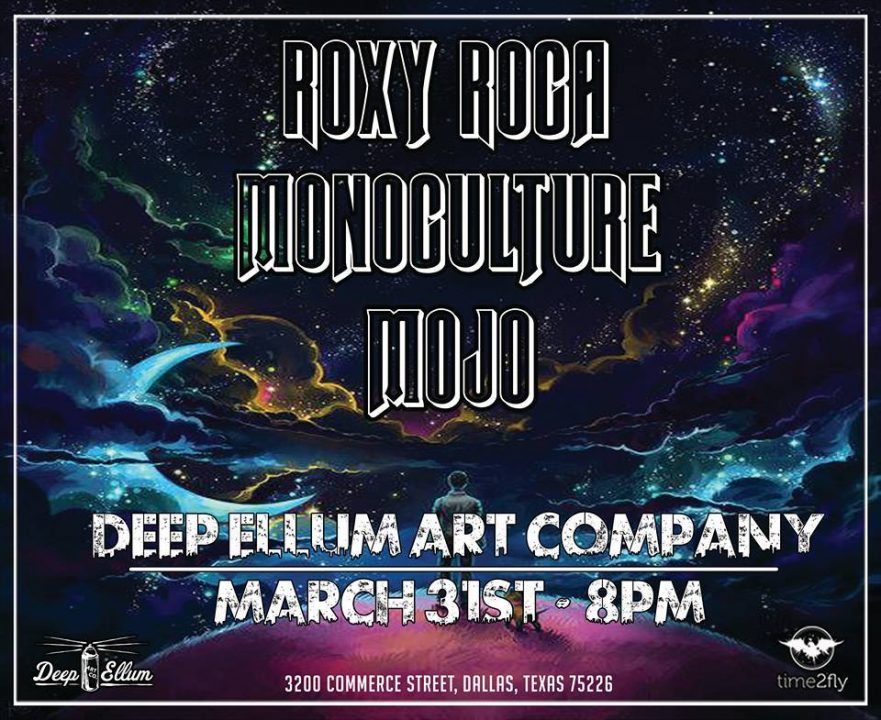 No one leaves a Roxy Roca show dissatisfied. A sonic shot to the arm of Texas infused, powerhouse-southern soul and funk complete with a certain tightness only achievable after playing an average of more than 220 shows a year. Roxy Roca shows are like stepping into a tent-revival somewhere in the Deep South, and crooner Taye Cannon is here to speak the gospel. Each tune flows over with hooky guitar riffs, funky backbeats, slammin’ horn lines, and lyrics of love, heartache, and a message of choosing happiness above all else sung with a conviction and sincerity as only Roxy Roca’s green-eyed Soul-Cannon can deliver.

Monoculture
[ psych / jazz / blues ]
www.monocultureband.com
Monoculture is a Dallas psych rock four-piece. What once started as aimless jams between founders and longtime friends Olan Mijana and Nick Leibold became something with a little more purpose when the two completed a four-track demo while living 300 miles apart. This demo was the catalyst to the two’s completion of Monoculture’s full-length, debut album “Heavier Daze,” an eclectic take on psychedelic rock.