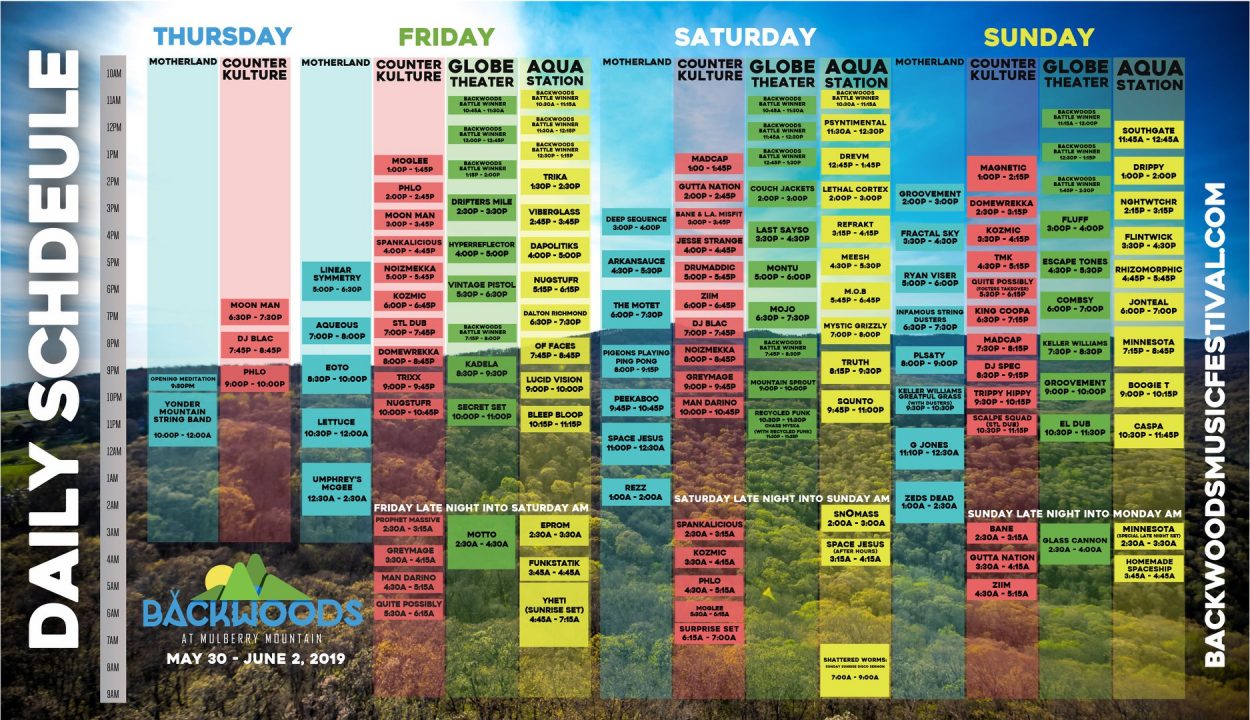 Backwoods at Mulberry Mountain returns for 2019 with new summer time dates! Warmer weather means more summer fun like cooling off in the streams and rivers high in the the Ozark National Forest.

New stage designs, more jam and bluegrass, and the bass heavy electronic you’ve come to wobble to will help make this the best festival yet. We’ve increase the amount of art in the Nirvana Woodlands this year and brought back some of the original stage designers and builders from 2015 and 2016.

More upgraded camping with electric and water will be available this year and vendor row will be adjusted to line the main concrete path in one long “Shakedown Street.”

New experiences await you on the Mountain this coming summer…

TryMoreMOJO performing at 6:00pm Saturday at the Globe Theater

You Have a Place Here. The Mountain is Calling. ♥ 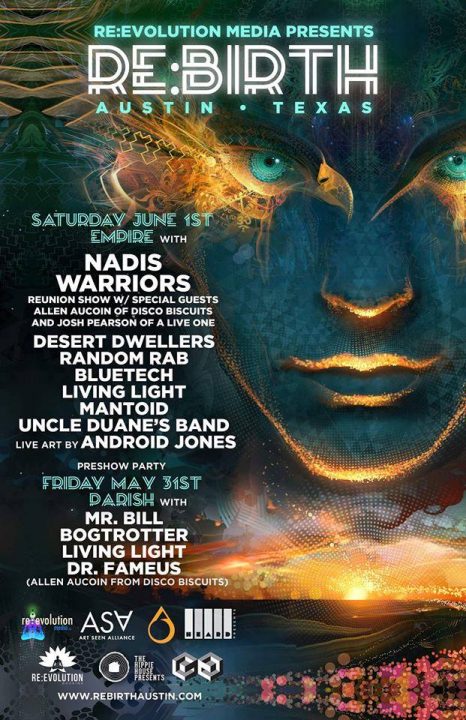 Re:Birth is a Special 2-Day Festival in the heart of Downtown Austin at Empire Control Room & Garage & Parish featuring special performances by:

Immersive Art:
Edge of Imagination Station
…and much much more! 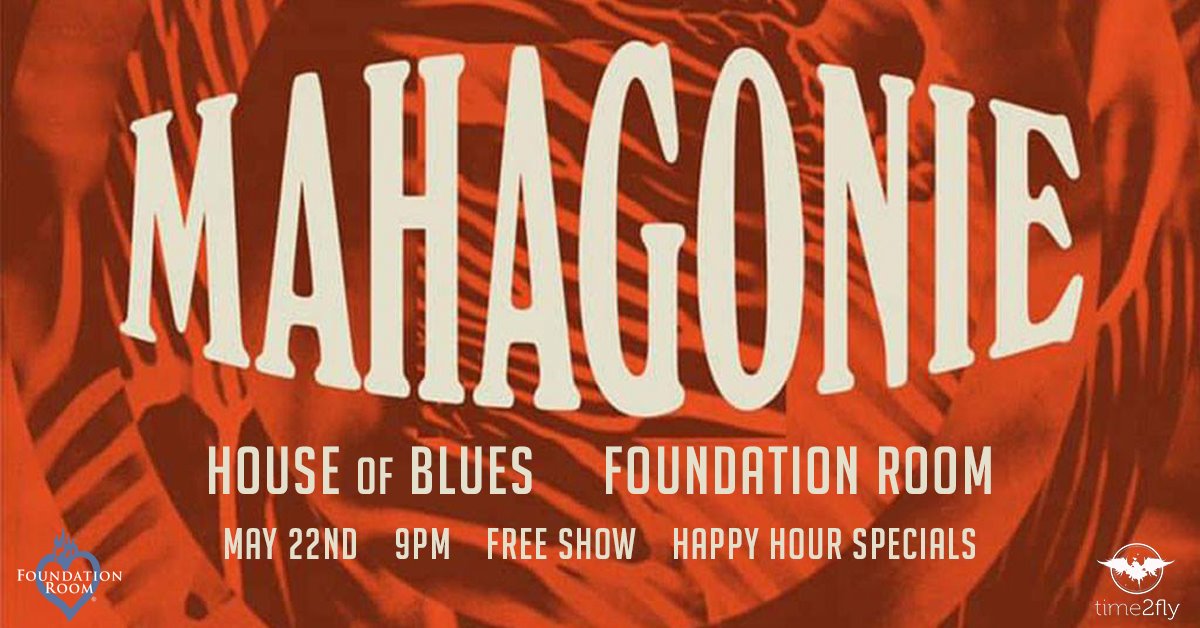 Live music every Wednesday in the Foundation Room lounge! This week we are featuring Mahagonie 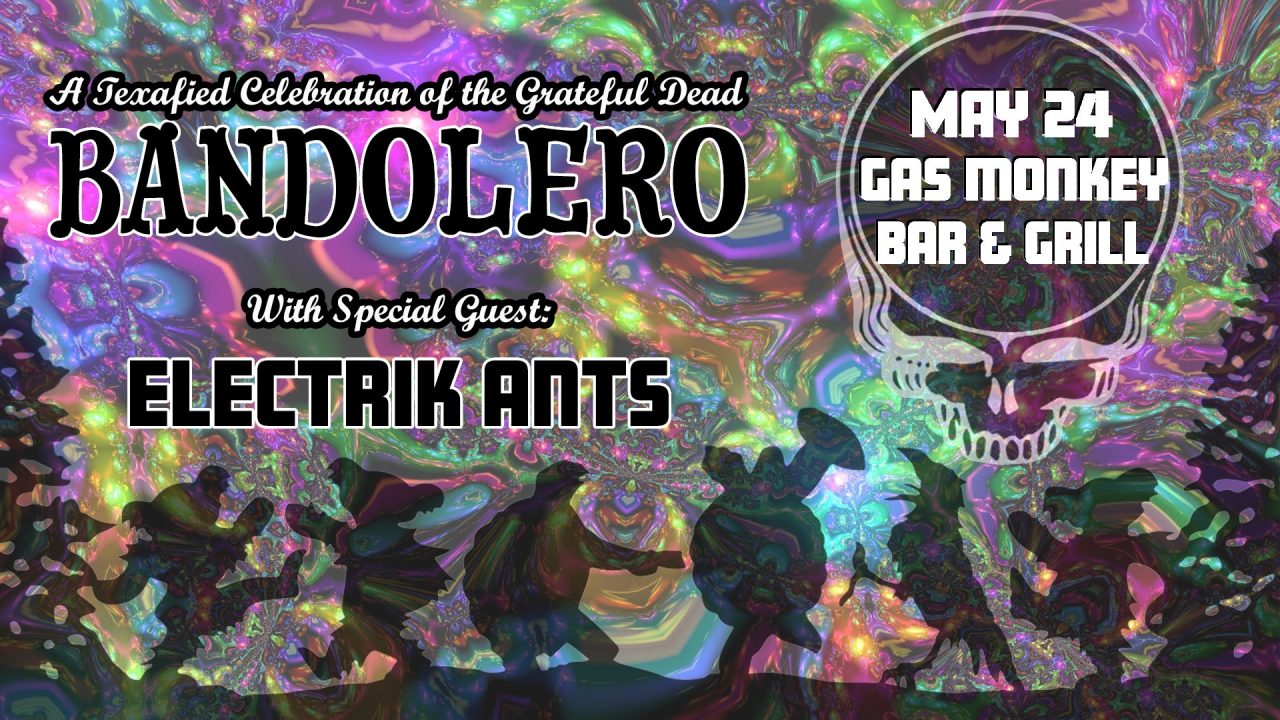 is a Texafied celebration of the Grateful Dead and kindred spirits.

Bandolero has grown from humble beginnings in North Dallas to become one of Dallas-Fort Worth’s favorite Grateful Dead-influenced rock bands — one with a distinctive Texas twist. Known for high-energy live performances that offer a unique interpretation of the Dead’s catalogue, Bandolero plays across DFW to growing audiences that embrace a new presentation of a familiar voice.

is a septet blending rock, hip hop, funk, and psychedelic. As if Gorillaz, Red Hot Chili Peppers, Lettuce, and Pink Floyd all hopped in a rocket ship. Sax, DJ, drums, bass, and three members that rotate between rapping, singing, guitar, keys, synth, and percussion – an adventure of vibe and sound. 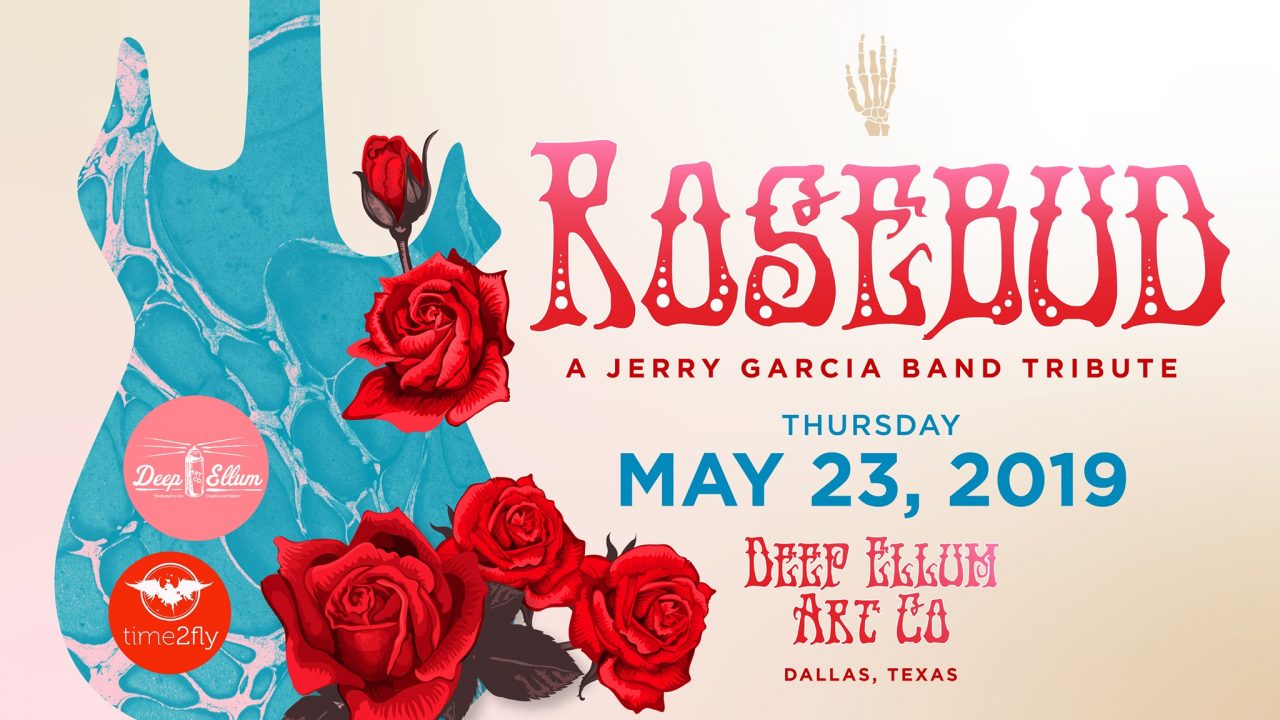 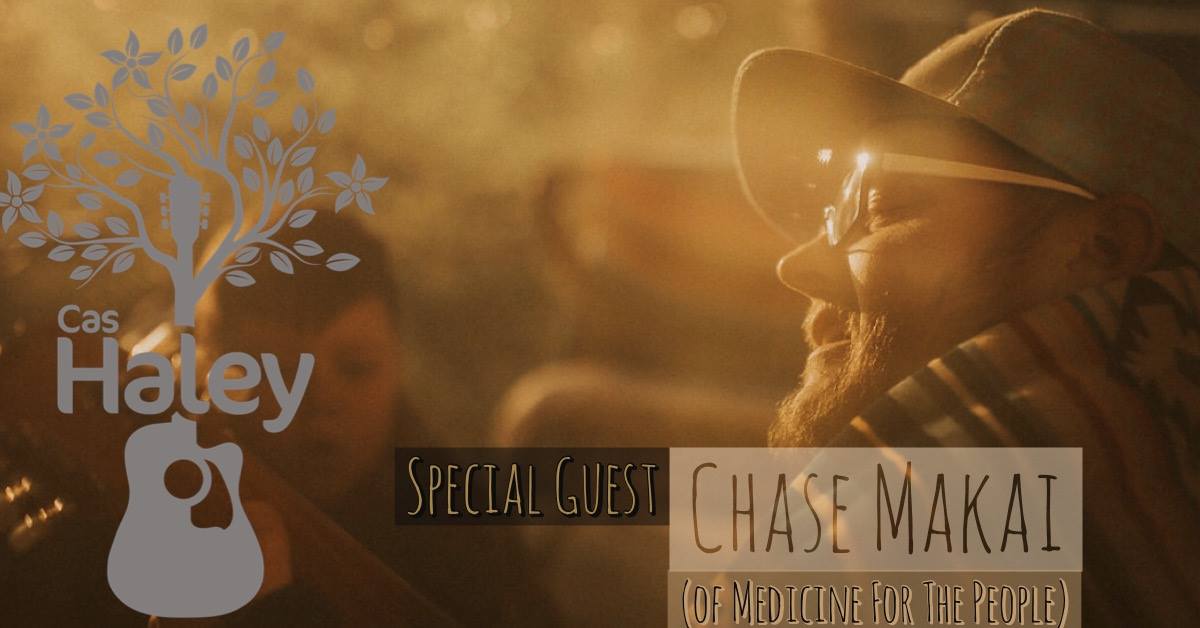 w/ Chase Makai
(of Medicine For the People)
& Chris Holt

In 2018, with four albums under his belt and thousands of shows behind him, Texas singer-songwriter-guitarist Cas Haley was dividing his time between touring and spending time with his wife and kids on his Texas farm. He’d grown up immersed in ska/punk/skateboard culture and the classic reggae-pop of bands like UB40 and Sublime.

He’d long since absorbed the hard-knock lessons of his runner-up finish on an early season of America’s Got Talent. He’d worked with indie reggae label Easy Star Records, made other fruitful collaborations, and shared stages with the likes of UB40, Nahko and Medicine for the People, and Trevor Hall. All along, he’d gone his own independent way, building an enviable career on the road and in the studio.

Then came the jolt. His wife, Cassy, had a dangerous form of breast cancer. Surgery and chemo were in the cards. Suddenly life seemed a much darker place.

But writing together with Cassy, who was discovering a new strain of creativity as a songwriter, proved to be a big part of the family’s journey back to health. The lyrics to “Open Eyes,” which became the new album’s lead single, popped into Cas’s head while they
were driving to a follow-up appointment after Cassy’s surgery: “Confusion laid its claim on me/Open eyes but still can’t see.” The aptly named new album Lessons and Blessings comes out June 21, 2019 on Jimmy Buffett’s label Mailboat Records.

Lessons and Blessings features collaborations with Mihali Savoulidis (Twiddle), bluesman Seth Walker, and Josh Heinrichs. Cas and his band are slated to perform at major festivals
this summer and fall, including the Electric Forest Festival in Michigan, the Shakori Hills GrassRoots Festival, Shangri-La, Galactic Get Down, Project Earth, VIBE HIGH, and the MO
ROOTS Music and Arts Festival. 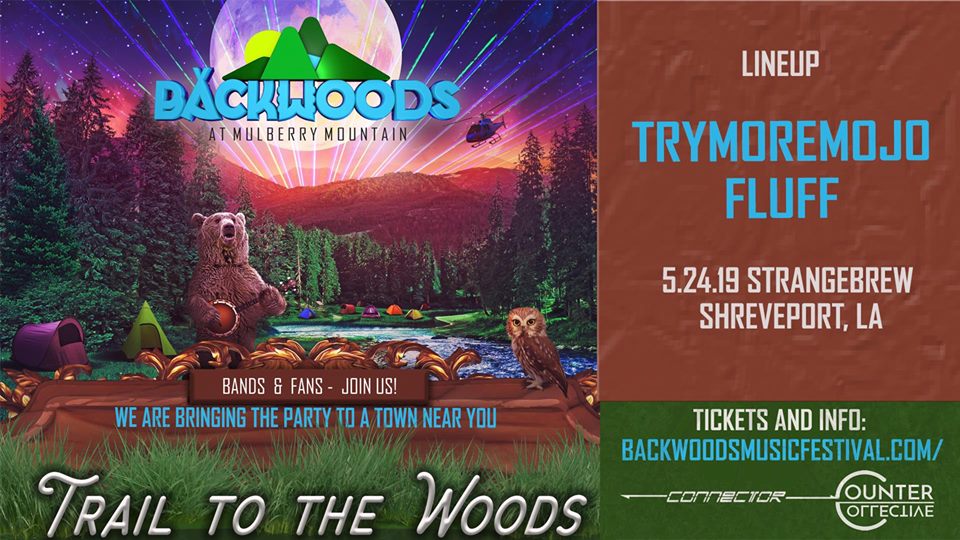 FLUFF returns to Shreveport with very special friends TryMoreMOJO, from Dallas, Texas. We have been very busy creating new sonic adventures for y’all and the home town will get a special dosage of it. This is the weekend before BACKWOODS MUSIC FESTIVAL on Mulberry Mountain so come preparty with us and get excited. Come out early for our friends in TryMoreMOJO who shred!!! 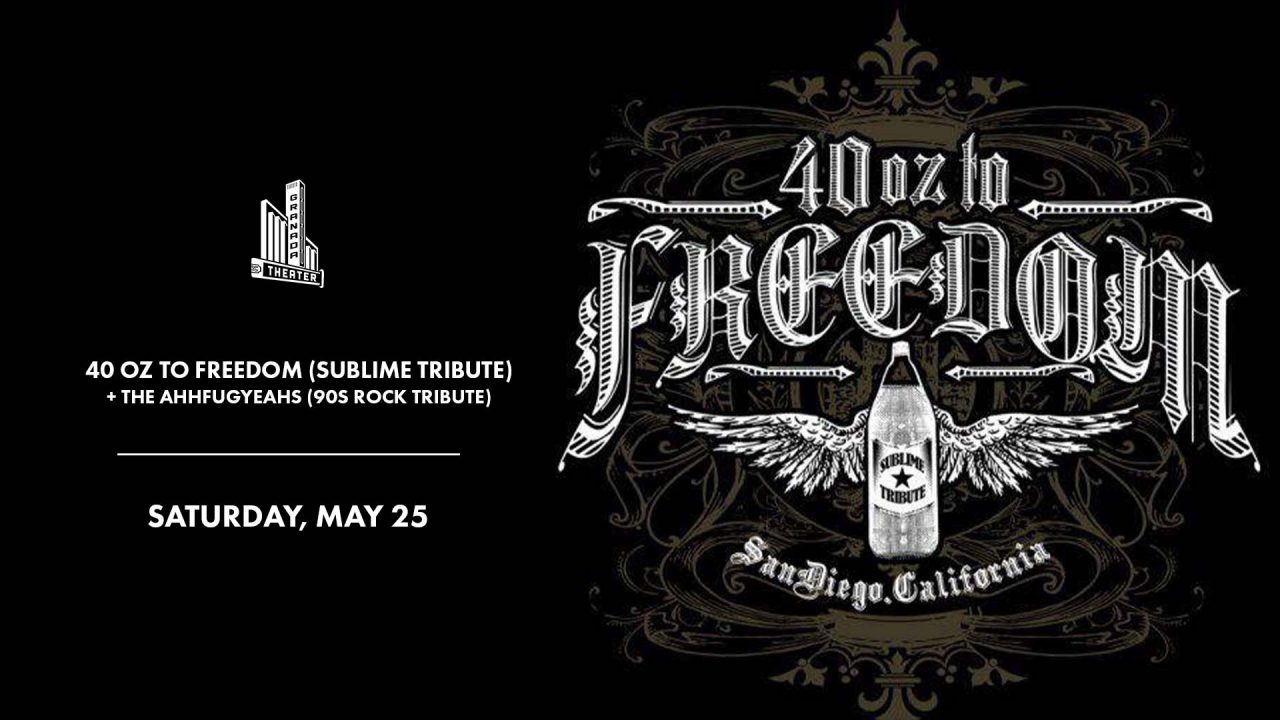 Goes Great With: Sublime, Rage Against The Machine, Alice In Chains 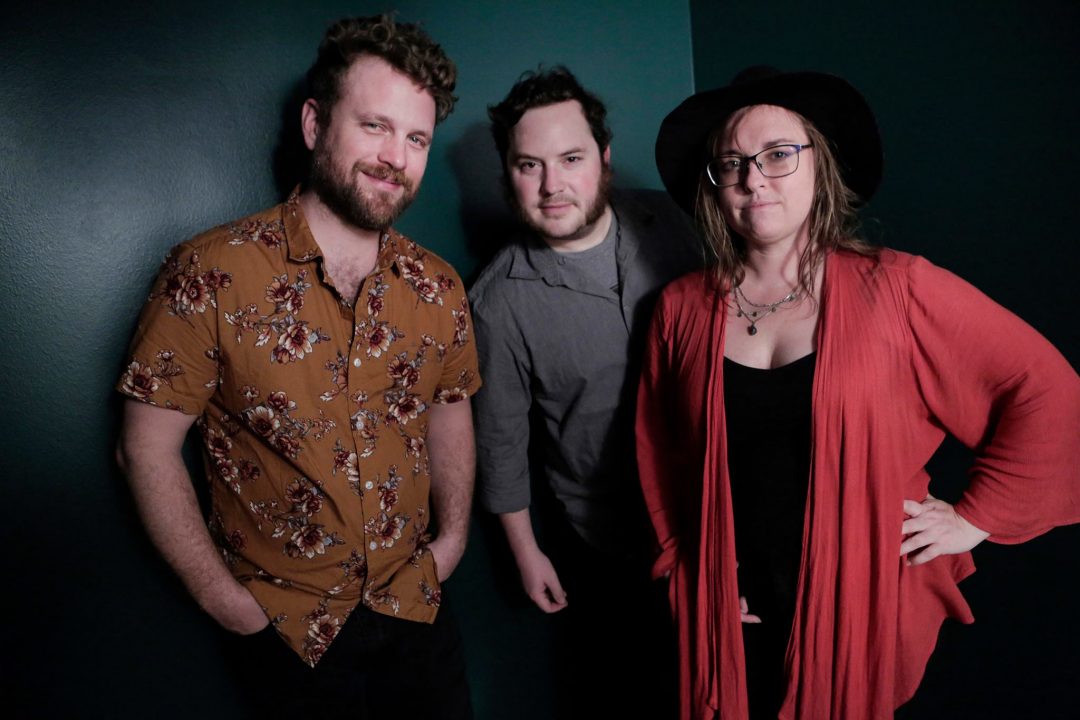