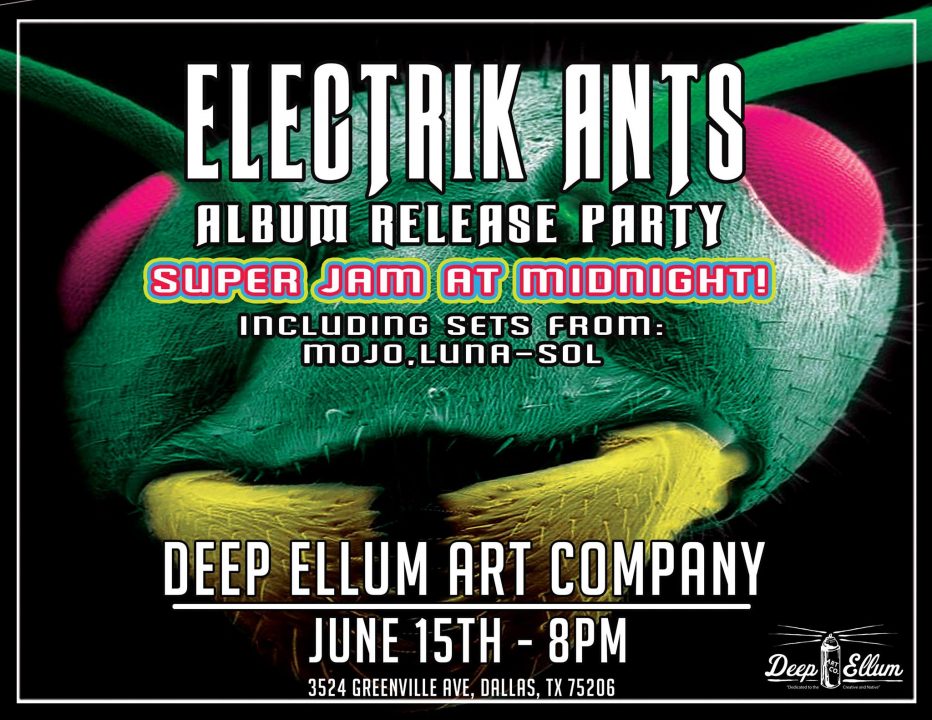 Conscious lyrics and psychedelics noises are the bread and butter of Indigo yet the main staple of this quintet is their union of vintage vibes with modern sounds. This self proclaimed future-hop band is out to bring the rock revolution to your city for years to come. 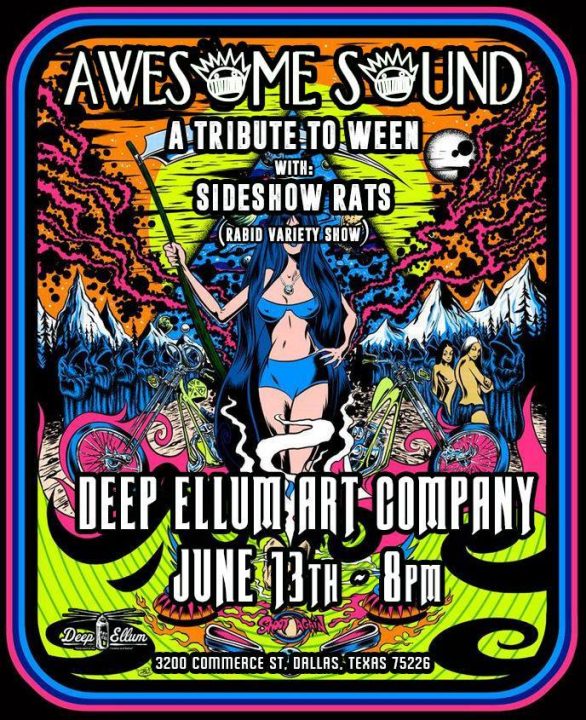 Wild Sideshow Babes! Witness this Rabid Sideshow Troupe variety show – They spit at danger, show off nice curves, and bring acts of intrigue including live reptiles, bed of nails, acts of daring with machetes and barbwire!! Watch if you dare! Witness the bizarre!!
>> 8 pm – 10 pm 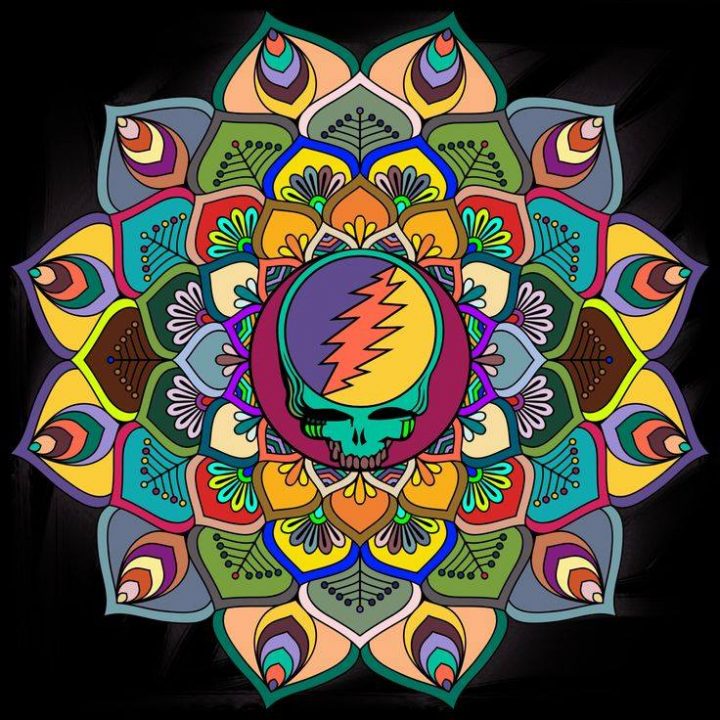 feat. Scarlet Rose
Celebrating the Music of the Grateful Dead

Gentlemen are required to wear shoes (no sandals/flip flops), please dress accordingly as to not be turned away at the door. 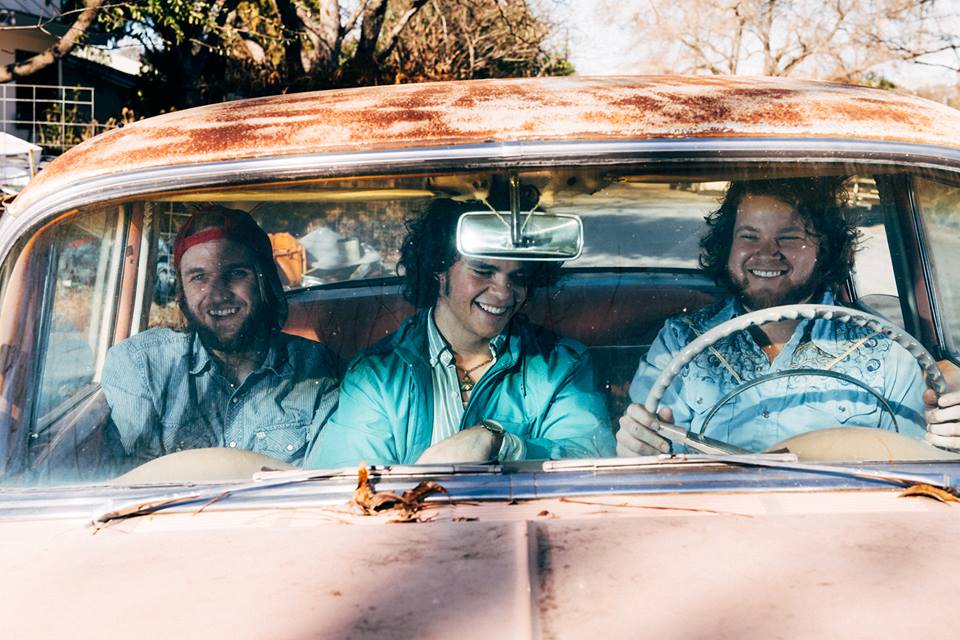 With the mystic of Zeppelin, paired with the energy of The Red Hot Chili Peppers, The Matters challenge their audiences to a fight to the death every night while conducting a stage show that is both chaotic and seductive. 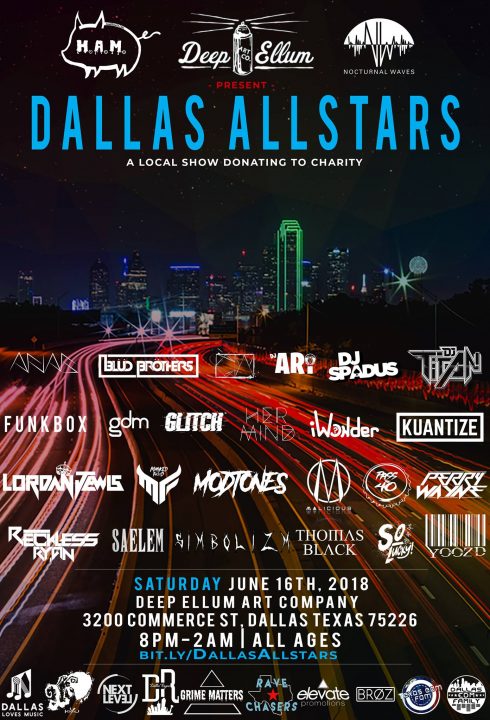 With over 10 different companies and 25 different local artists, (Music for Hope) brings us together for a memorable night of amazing music and giving back to the community.

With 100% of proceeds going directly to charity (The Grant Halliburton Foundation), we showcase some of the best up & coming musicians ranging from Dallas to Austin, Texas.

While giving new opportunity to aspiring artists and creating ways for our community to thrive creatively and culturally, the intention of hosting this event is to raise money and awareness about mental health and stability.

Everyone comes from a different story, and it is imperative that we make a consistent and strong effort to be there for others, showing them that we care and value their beliefs as well as their company.

Come out and dance with your friends June 16th at the Deep Ellum Art Co. for The Dallas All Stars!! 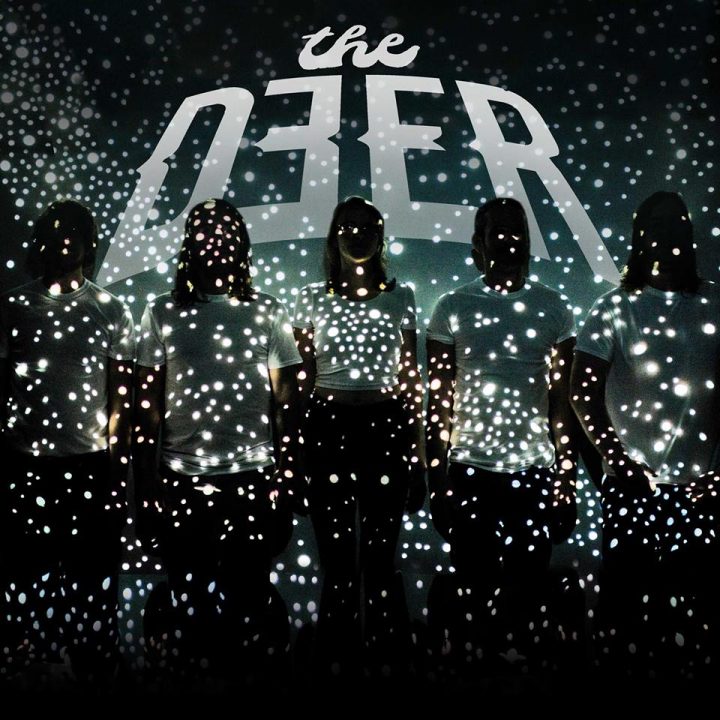 Described as transcendental Texas folk and stargaze surf-western, The Deer create psychotropic soundscapes and tranquil, vivid dream-pop. From Austin, they are borne of a densely creative atmosphere, and stand out with their versatile and accessible sound.

Dallas progressive indie rock pop band that will make your vegan juicer stand up and say hello – An accessible pallette of rock, folk, punk and jazz, formed by friends on a lifelong creative pursuit. 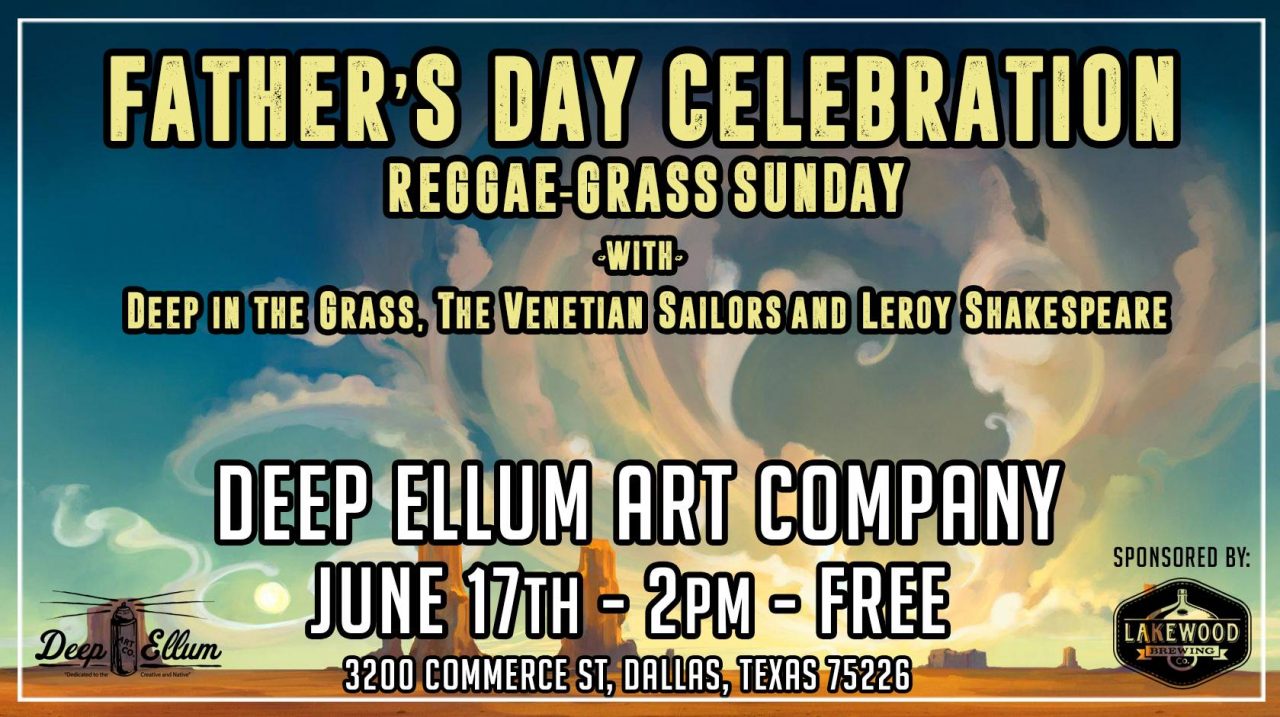 >> 2:00 pm: Deep in the Grass (formerly Tallgrass Bluegrass)
Deep in the Grass is a NewGrass Collective with jam band tendencies. Sometimes with heart wrenching vocals and sometimes with soaring melodies, they play their music with all the heart and energy they have. They are moved by interesting hooks and arrangements that keep the listener involved.

>> 3:45 pm: The Venetian Sailors
The Venetian Sailors have quickly evolved from one of the area’s hottest up and coming folk/roots quartets into a full blown electric, soulful amalgamation of melodic merriment and intriguing arrangements that you’ll have to experience live to fully appreciate.

>> 5:15 pm: Leroy Shakespeare and Mega Lion
With an infectious beat, the all-original sound of Shakespeare’s lead vocals – not to mention that deft mixture of traditional then psychedelic guitar and keyboard – brings the flavor the islands to the big city we know and love.

The Sea And Cake deliver a refreshingly intimate collection of elegantly arranged, singular pop songs. For over two decades and 11 albums, The Sea And Cake have honed a sound all their own, comprised of delicate, intertwining guitar patterns, syncopated rhythms, and airy melodies. Masters of subtlety, their compositions have continually evolved – through minute alterations in texture, unusual approaches to lyrics, and creative production choices. Any Day is testament to The Sea And Cake’s artistry, song craft, and utterly unique sound. The results are intimate songs that speak to the searcher in all of us. Through shifting instrumentation and sonic exploration, the band invites you into a world that is both familiar and unexpected.

Written and recorded following the departure of bassist Eric Claridge, Any Day is The Sea And Cake’s first album recorded as the trio of Sam Prekop, Archer Prewitt, and John McEntire. Since the release of their last album (2012’s Runner), the band have, in addition to shows, been creatively very busy: Prekop focusing on solo modular synthesizer and soundtrack work, including an acclaimed collaboration with artist David Hart; McEntire’s recording and touring with Tortoise, and maintaining a busy schedule as a recording engineer and producer; and Prewitt’s work as a cartoonist and illustrator, in addition to duo performances with Prekop. The band, still actively performing with bassist Douglas McCombs (Tortoise, Brokeback), were inspired by the challenge of composing as a smaller unit. Once the songs began to take shape, says Prekop, “we got really excited about it almost immediately – as soon as we started playing together.”

The compositions throughout Any Day, while intricate as ever, rarely employ synthesizers; opting instead for the more organic sounds of stacked guitars and organs. The band were joined on the title track by Paul Von Mertens(a frequent collaborator with Brian Wilson) on flute and clarinet; and Nick Macri on double bass. Prekop delivers some of the most vocal-centric songs in the band’s catalogue. His words are chosen and placed for their sound and cumulative meaning. This poetic, painterly approach invites a myriad of lyrical interpretations. One can derive varied personal meanings from each song. This broad connection and truth may be the key to the bands remarkable currency with their fans for over 25 years. The heart of the album’s instrumentation is Prewitt’s intriguing choice of guitar effects, sparingly used to enhance his counter melodies. The combinations create a wealth of textures from surprisingly few instruments. From the distant coos of “Starling” to string like swells of “Into Rain,” Prewitt’s contributions are potent. John McEntire’s deft hands behind the drums, bass, and mixing board enliven the album’s minimal approach with a nimble shimmer just as exquisite as the more densely layered earlier albums.

Any Day captures The Sea And Cake’s distinctive aural alchemy, melding longing melancholy with hopeful excitement. In other hands the combination seems impossible, but for The Sea And Cake, it’s effortless.