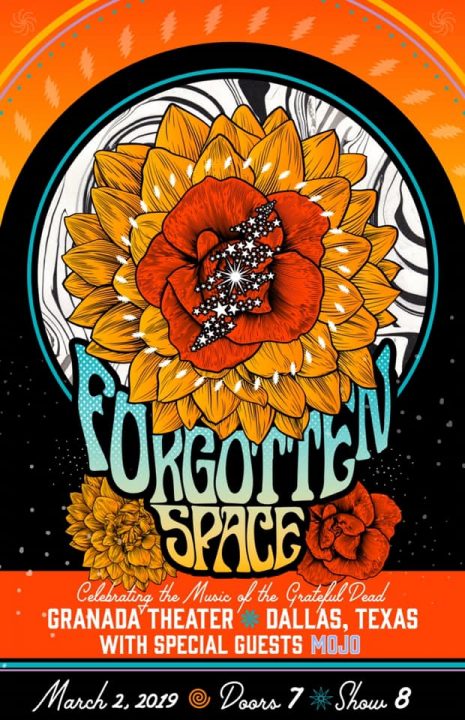 Once again, Forgotten Space takes the stage at the legendary Granada Theater to deliver two very full sets of psychedelic-get-down-dance-party-sing-along-smile-smile-smile Grateful Dead jams to rock your soul and get your head right. TryMore MOJO opens! 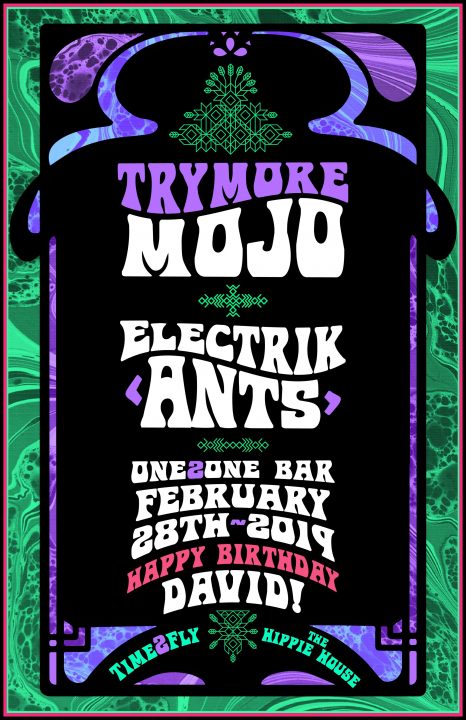 Seeking the highest of interstellar peaks, TryMoreMOJO aims to guide the listener on their mission through space with a blend of funky riffs, modular soundscapes, energetic vocals, and heavy grooves; inviting fans to contribute their energy in a give-and-take partnership between performer and listener.

Electrik Ants are 7 musicians that can’t help themselves. A genuine blend of hip hop, funk, psychedelic, and groove, unique and exciting. Sax, DJ, drums, bass, and three members that rotate between rapping, singing, guitar, keys, synth, and percussion – an adventure of sound. 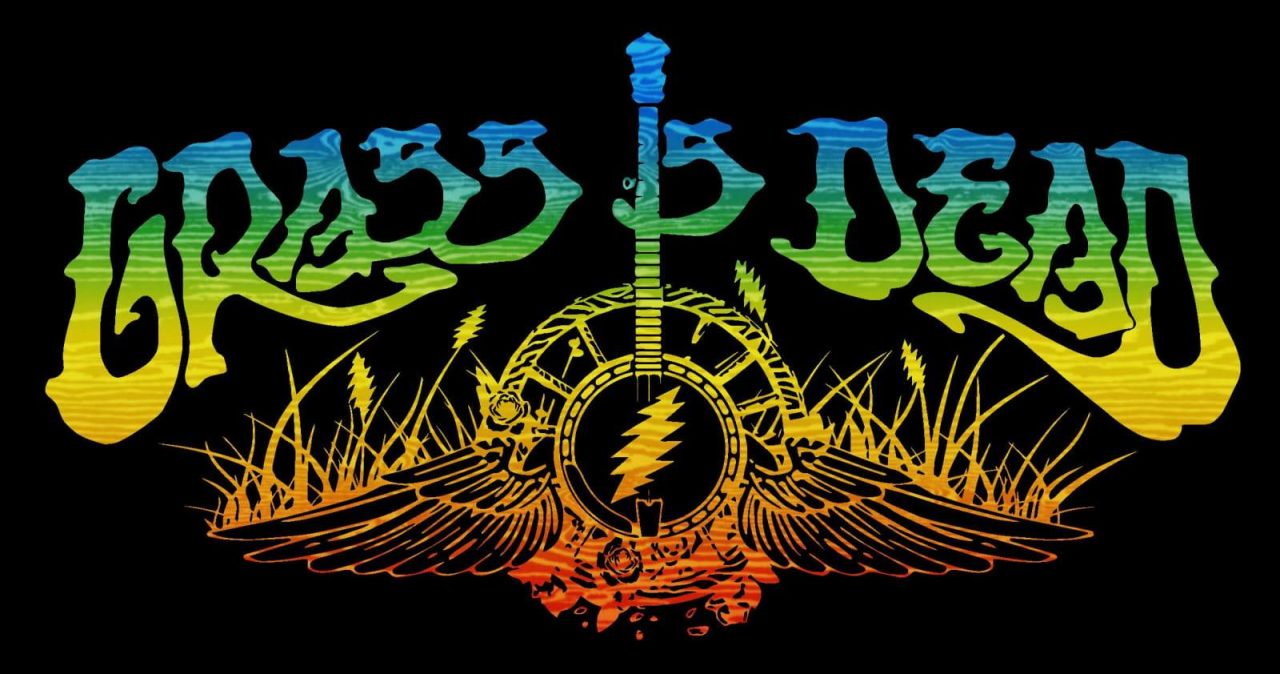 The Grass Is Dead are a force of nature in bluegrass and Grateful Dead music. More than merely paying tribute to the Dead, these hot pickers have been seamlessly weaving bluegrass, blues, rock and funk into a unique sonic experience.

Pulling from such diverse influences as Bill Monroe, Earl Scruggs, John Hartford, Allman Brothers Band, Pink Floyd and so many others, The Grass Is Dead have created a sound that not only pays homage to roots music and the songs of the Dead and Jerry Garcia, but expertly travels through time and space to explore the galactic and psychedelic nature of music itself. 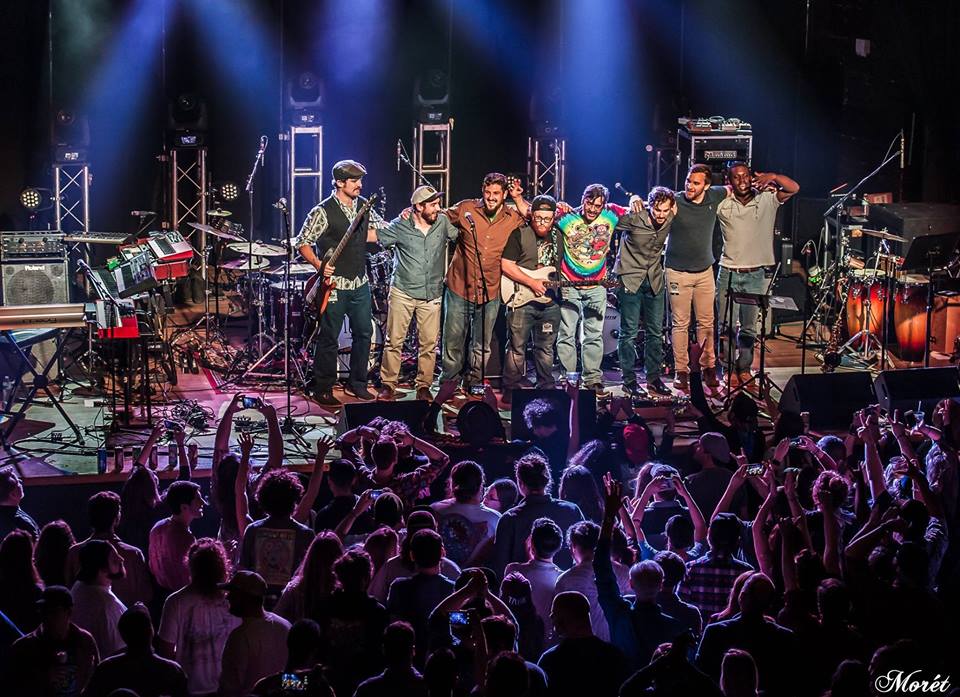 Voodoo Visionary hails from the dirty south musical mecca of Atlanta. Their improvisational funk dance music delicately balances a tight, grooving rhythm section with diverse and dexterous keys and masterful guitar licks to create a sound the group calls psychofunk. Influenced by a wide array of artists such as Parliament Funkadelic, the Meters, the Grateful Dead, and Talking Heads, Voodoo Visionary has a uniquely blended sound that’s guaranteed to put the ‘oogie in yo boogie. 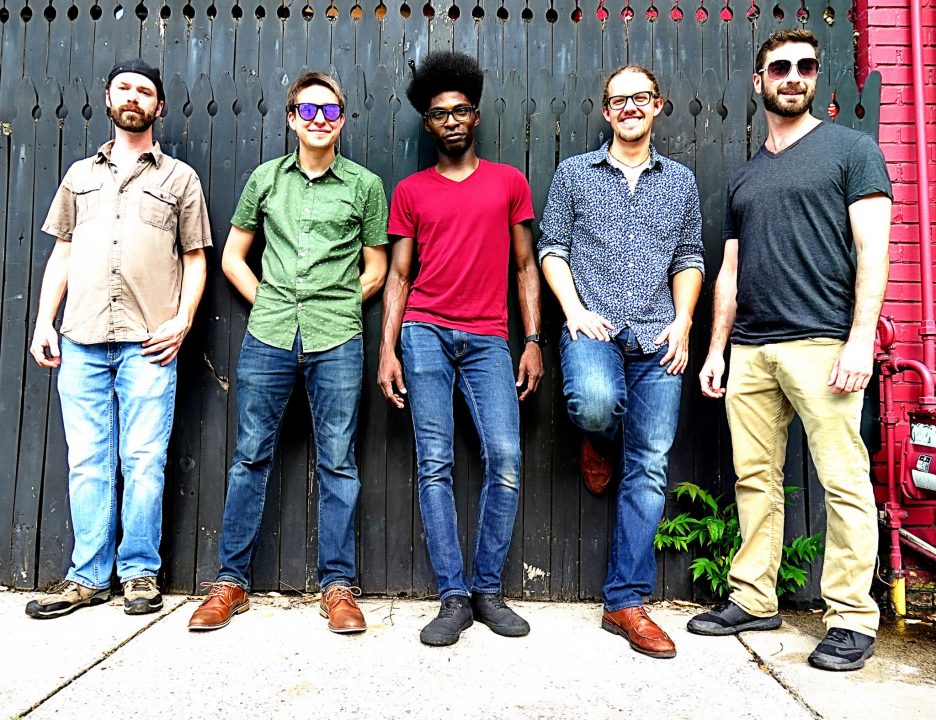 The Fritz is a soul-driven dance rock band hailing from Asheville, NC.

The group’s aggressive approach to funk, soul, and rock creates a sound that is uniquely their own. Their high-energy, danceable songs provide a platform for each member to shine. With powerful vocals, climactic solos, and tight grooves, The Fritz has built a devoted following and is captivating audiences everywhere.

Originally formed in the rehearsal spaces of University of North Florida’s School of Music, The Fritz discovered an immediate chemistry. Drawing on influences such as Prince, Talking Heads and Jimi Hendrix, the quintet integrated their diverse musical tastes and began writing music together.

With their college days behind them, the Fritz soon set their eyes on the mountains of Western North Carolina, eventually settling in Asheville in July 2011. After the release of their 2012 debut album, Bootstrap, the band launched into a near-constant touring schedule. With appearances at festivals such as Hulaween, Wakarusa, and Catskill Chill, the band quickly gained a reputation as a live act not to be missed.

The band’s 2017 release, Natural Mind, captures a sound that has been years in the making.

While most of the songs were written in the months leading up to recording, the studio environment allowed for some last minute additions and musical breakthroughs.

“We really wanted to arrange these songs specifically for the studio, which was both challenging and fun for us” guitarist Jamie Hendrickson said. “Now we’re very excited to get on the road and have these songs take on a life of their own.”

The band is now taking the album and their unforgettable live performances around the country with the Natural Mind tour. 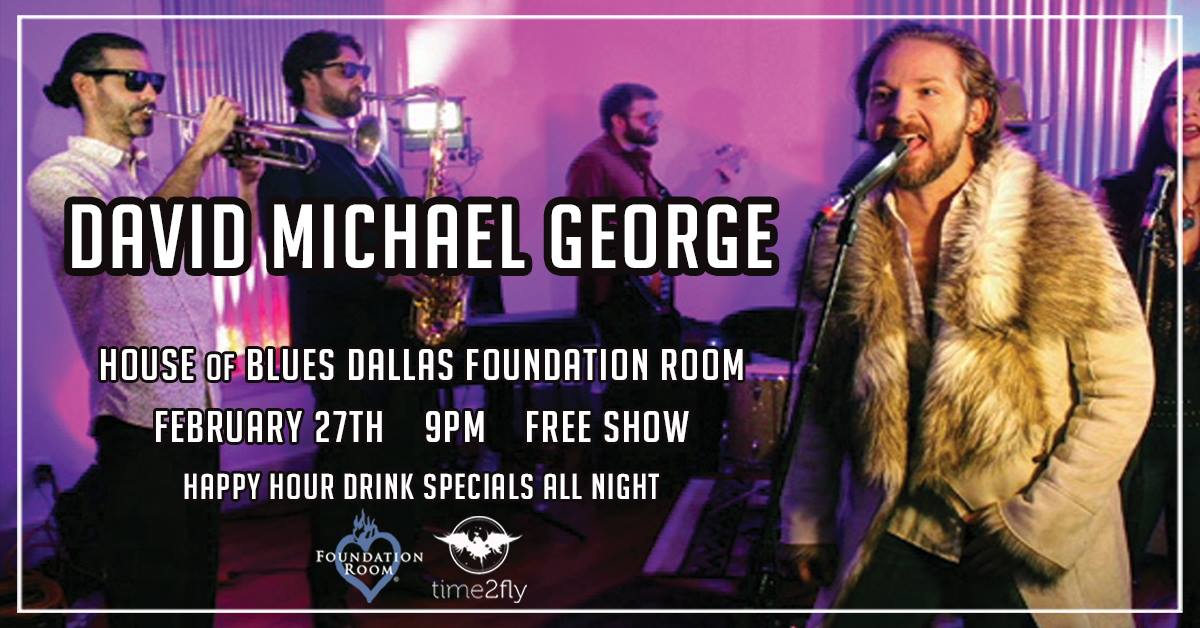 Live music every Wednesday night in Foundation Room! Join us for cocktails and appetizers as we listen to David Michael George this week. Happy hour prices from open to close!